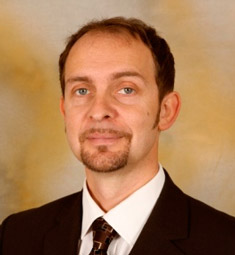 Councillor Knocked Back By Council

A COUNCILLOR who wants speed bumps removed was knocked back by the council because it has not got enough money.

Cllr Tim Cheetham said he had been told the ageing traffic measures on Royston's Midland Road cannot be removed due to finances.

He said it will cost about £50,000 to remove the seven speed bumps as well as remove a chicane, signs and carry out white line work.

Talks had been held about the busy street following development proposals for the old Royston High School site including a supermarket and new housing, he said.

South Yorkshire Transport Executive was also asked to help fund the removal of the speed bumps, he said, but were unable to provide funding for it. Developers Kier Property Developments have not offered to help have them removed, Cllr Cheetham added.

Fellow Royston councillor Graham Kyte said in April the speed bumps were installed about 15 years ago and were 'causing more harm than good'.

He said bus company Stagecoach had also complained about them damaging buses.

Cllr Cheetham said the restrictions have also raised concerns from the emergency services because they affect their response times.

"We've felt all along that the speed bumps have served their time.

"We will keep feeding it back in to the council until they're removed."

She said lorries, cars buses and motorbikes all pass over the speed bumps, including the one outside her business, causing such terrible vibrations that cracks are forming in the walls above her shop.

When wagons and buses come over the bump too quickly they cause tremors, Diane said.

"I'm very disappointed," she said. "What's my next step? Is it to get a structural survey done and go back to the council? What do they suggest I do?"