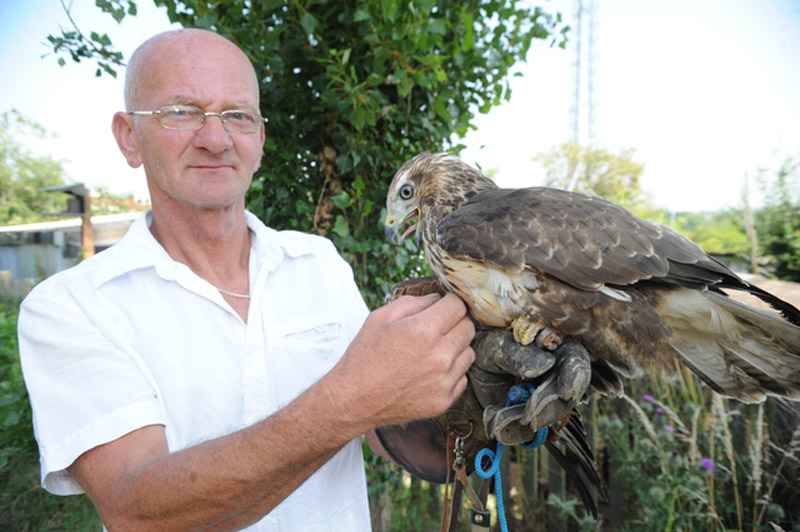 QUICK-THINKING Steve Beevers has a new feathery friend - after an unexpected encounter in Kes country.

Steve, 51, from Cudworth, was walking with a friend on Cudworth Common about three weeks ago when he spotted the red-tailed hawk wearing leather cuffs around its legs.

He keeps a harris hawk himself and went home to grab a hawking glove to rescue the stray bird, calling it down to safety.

"Somebody has kept it at some point," Steve said. "It had leather anklets on which is the standard equipment for a bird of prey that's in captivity. I called it and it came straight down to the glove."

Steve has been looking after the hawk but says it's still a juvenile and although he is unsure of its sex, he thinks it was born this year.

Steve said the hawk is a common bird of prey but they can be more aggressive than harris hawks which are friendlier towards humans.

"It's bigger than a kestrel," he said. "They're quite a large bird - standing off my glove it's about 14 inches full height."

Steve, of Pinfold Cottages, said he has registered the bird on the Independent Bird Register - a database for lost and stolen birds of prey and parrots.

He has also been advertising locally to try and find its owner. If you have any information, contact Steve on 07923569593.