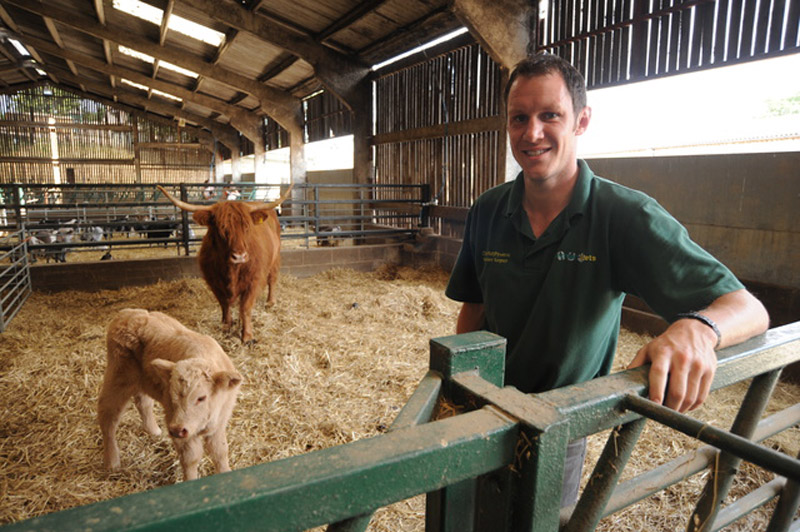 ONLOOKERS watching the birth of a calf at Cannon Hall Farm got more than they bargained for when he had to be delivered by emergency Caesarean section.

The little calf, who has not yet been named, could not be delivered normally because he was too big.

His mother, four-year-old Kate, had to be restrained during the procedure and almost broke free as her baby was delivered.

"It was quite dramatic and exciting - it's quite a rare thing," farm manager Robert Nicholson said. "There were a couple of hundred people watching but they're both fine, thankfully.

"The mother is just establishing a bond. The first day she was a bit unsure - whether it's because he wasn't born the conventional way, I don't know, but now she's licking him and doing well."

It was only the second Caesarean section in the farm's 50-year history.

Robert added: "It was a massive calf. I think he had been enjoying the spring grass a bit too much - Kate had put all her energy into the calf instead of herself."

Robert said he was open to suggestions for the calf's name.