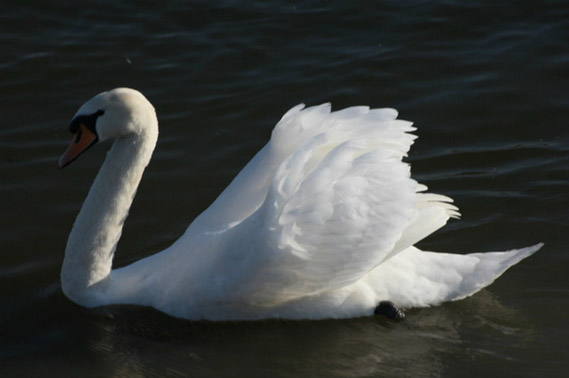 A MALE swan was killed when it was shot by an air rifle in a shameful act of animal cruelty.

In a cruel twist, they also discovered the dead swan had a female mate and three young cygnets which have been left to fend for themselves.

The suffering bird was discovered by shocked Carlton residents on the disused Wakefield to Barnsley Canal last Thursday morning.

They immediately contacted Yorkshire Swan Rescue Sanctuary to come and see to the injured animal, but when the wildlife workers arrived, they found the bird dead on its nest at the side of the canal.

One resident, who wished to remain anonymous, said: "I've been feeding the swans on the canal every day for the last three years.

"I was shocked to find the swan in such a terrible way and knew that he needed help.

"I can't believe anybody could be so deliberately cruel to these beautiful animals. It's sickening."

Dan Sidley, from the Yorkshire Swan Rescue Sanctuary, said injuries to swans caused by air rifle pellets are 'all too common'.

"We see many swans every year, which are brought to our sanctuary for treatment and all too often the birds are discovered with pellets littering their bodies," he said.

"Some are lucky enough to survive the ordeal, though like in this sad instance the injuries are too great. It's hard to comprehend why anybody would inflict such needless suffering to a wild animal."