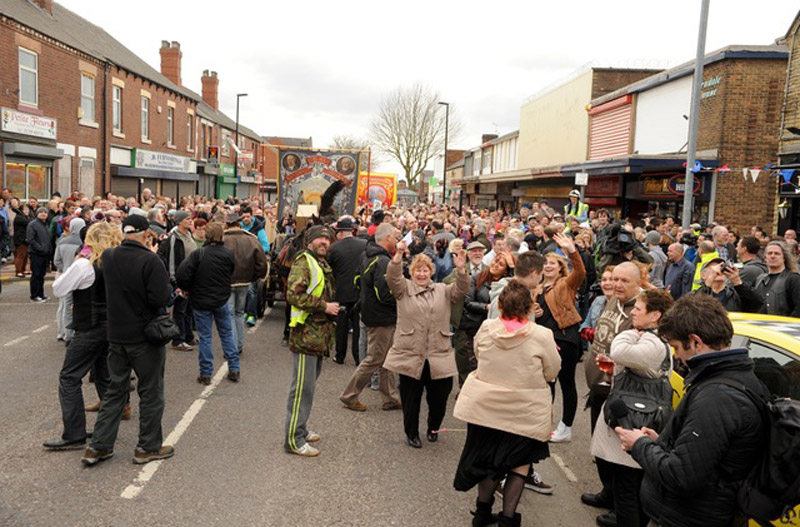 Goldthorpe Businesswoman Scared For Stock If Plans Go Ahead

GOLDTHORPE businesswoman Cheryl Rose says that she is scared her stock would be stolen if she was to remove metal shutters from her shop front.

Barnsley Council has approached shop owners on Barnsley Road with a view to them removing the rolling metal shutters they use to protect their shops in the evening to improve the look of the high street and to encourage more window shopping.

Officers claim this would go hand-in-hand with the regeneration of the area but Cheryl, who runs 'Posh Frocks', a dress shop that provides customers with bespoke dresses, believes the idea is ridiculous due to the temptation it would provide.

"Nobody would consider taking their shutters down around here. I've got thousands of pounds worth of dresses and I think they would all be gone after the first night," she said.

"I don't want to have a go at Goldthorpe because I have never been broken into here but we have not got a manned police station nearby so alarms would not help either. It would just be a smash and grab and everything would be gone."

The argument that sales would be boosted by window shopping when shut was also rubbished by Cheryl: "Nobody walks these streets during closed hours."

Cllr Ralph Sixsmith cites the Arcade in Barnsley as another area that gives off a bad vibe at night time. He described it as "a steel tunnel".

The council would also look to foot some of the bill if internal shutters were installed in the shops on the stretch of Barnsley Road which is just up from where the town's main redevelopment is taking place.

"We could put internal ones in, I know there's a cost behind it but we did propose to offset some of it through different entities," he said.

"That image is one we're trying to get rid of as well as the approach to the town."

There is nothing to suggest crime figures are down in the area, say the police, and they would only support a regeneration of shutters.