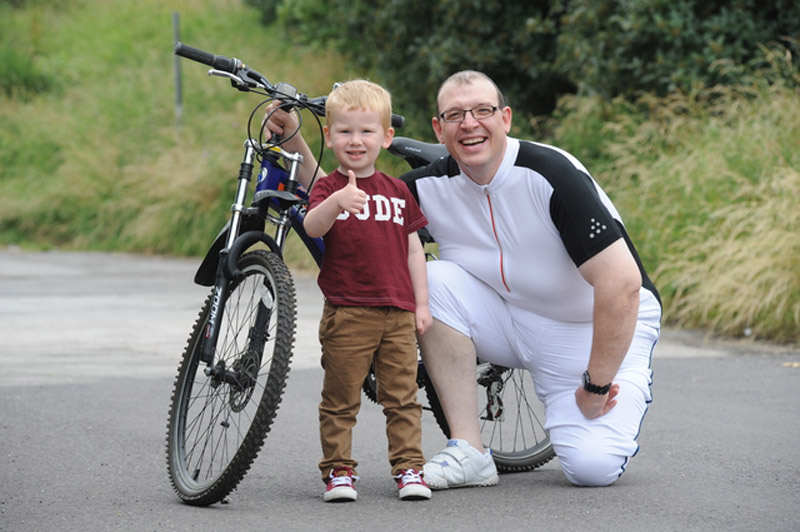 Man Loses Half Of Body Weight

A MAN who lost almost half his body weight through gastric surgery says he could never have taken part in a sponsored bike ride beforehand.

Warren Cusworth, 36, of Station Road, Wombwell, will be cycling more than 50 miles along the Trans Pennine Trail from Morrisons at Cortonwood to Wakefield and back in memory of friend Andrew Binks, who died of cancer on July 18 last year.

Warren had gastric sleeve surgery two years ago, since which he has gone from being 31.5 stones to just over 18 stones.

He said he was so happy he had been able to lose the weight as the bike ride would have been 'impossible' before.

He said: "This is the first time I've done anything like this because I've never actually been able to do it before.

"Losing the weight after gastric sleeve surgery is a two-year process and I thought, to keep my mind active and keep the weight off, I would do something to aid the people I've loved through Cancer Research UK because my auntie also died of cancer."

He is also being supported by Andrew's three-year-old son, Sam, who has also raised money for Macmillan Cancer Care at his nursery sports day on July 4.

Warren will be setting off from Morrisons at 9am on August 17.