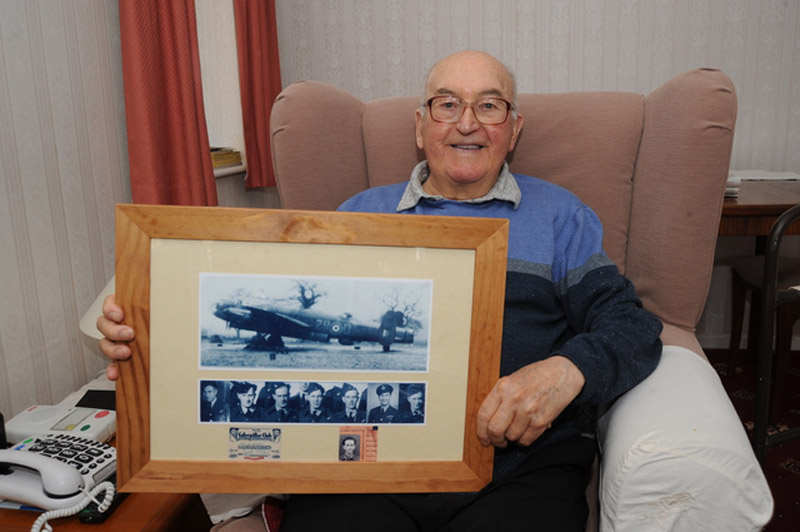 ONE of the last surviving Lancaster Bomber pilots of World War II features in a new book about the RAF bombing of Nazi Germany.

His story of the fateful night appears in The Red Line, by former RAF flight lieutenant, John Nichol, whose Tornado bomber shot down over Iraq during the first Gulf War in 1991.

"The tracers flashed passed the cockpit window," he said.

"The whole wing set alight, there was no way I was going to save it so I gave the order to bail out."

He met the Messerschmitt pilot years later and even has parts of the Lancaster, salvaged from the crash site.

Dick was blown out of the aircraft and desperately grabbed hold of his parachute when he regained consciousness, falling back to earth.

But he faced further misery as a prisoner of war in the infamous Stalag Luft III POW camp known to millions through Hollywood blockbuster The Great Escape.

He was then repatriated and has penned a book himself, telling his amazing tale.