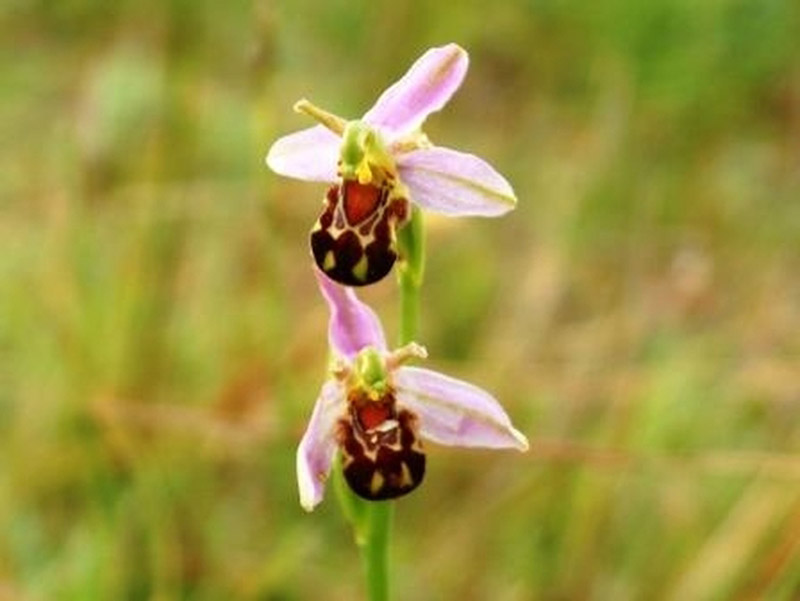 THE emergence of a wild flower at the RSPB's Old Moor site has come as a pleasant surprise to the people who work there, not least because of its location.

Bee orchids have flowered outside the site at the edge of a dual carriageway rather than inside the reserve itself.

Thankfully the flowers are here to stay as Rotherham Council has agreed to postpone their scheduled cutting of the verges on Manvers Way to protect the colony.

A visitor first noticed them and upon closer inspection Nature Improvement Area Ranger from the RSPB, Benjamin Whitworth, discovered that there were more than 100 flowering along the verges.

Benjamin said: "Rotherham Council is one of our partner organisations and a Streetpride team met with us to locate the orchids and agreed to postpone the cut."

Dearne Valley Green Heart Project Manager Pete Wall knows where they might have come from but is still amazed that they're here.

"There are some bee orchids about half a mile away and I'm guessing that their seeds were brought down by the wind or even the traffic along the dual carriageway," he said.

"It's a very odd place for them to be. We're trying to get more wild flowers through our long-term project but these have arrived all by themselves."

The flower is known as the bee orchid because it resembles a female bee resting on the flower. This is a lure to attract bees to the flower and spread the pollen.