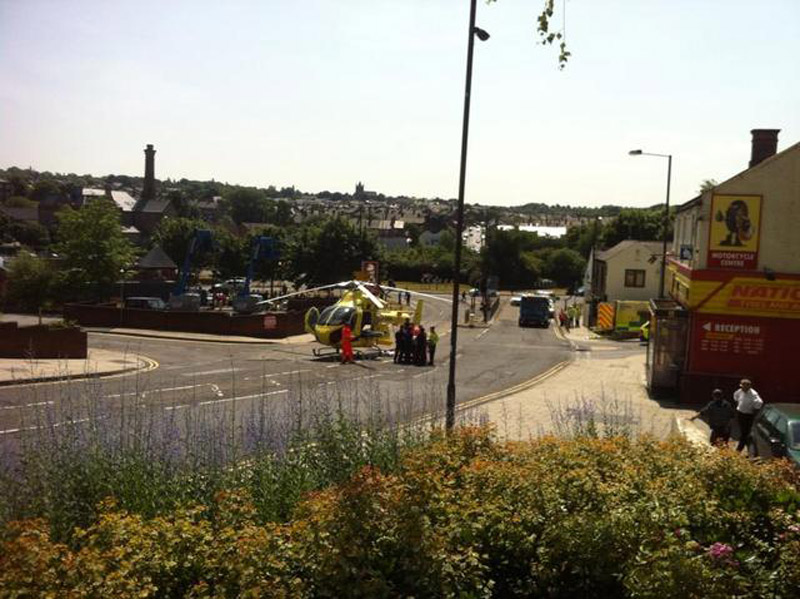 A 35-YEAR-OLD man has been taken to Barnsley Hospital after being hit by a bus on Tuesday afternoon.

Police were called to Shambles Street at 1.45pm and closed the road while the Air Ambulance landed on the street.

His injuries are not thought to be life threatening. The road was opened at 3.30pm.

More information will be released in due course.