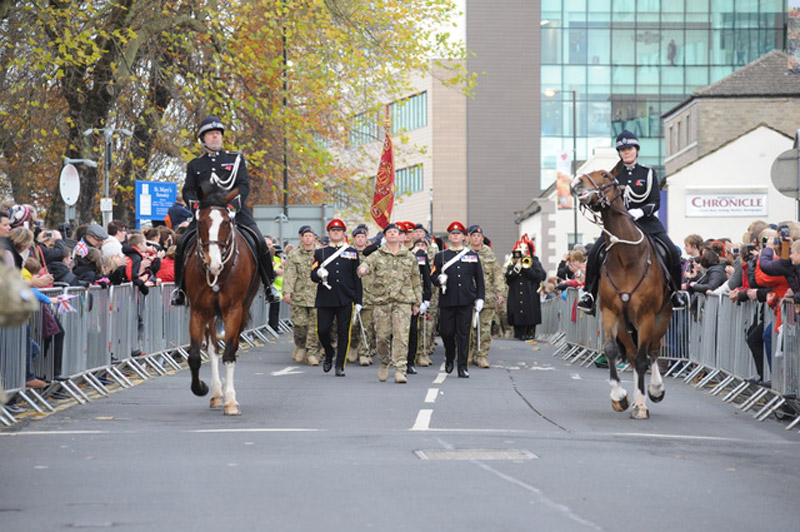 POLICE investigating the brutal assault on a soldier in a town centre street have vowed to bring the attackers to justice.

CID officers are talking to all the witnesses of the unprovoked attack which left the 28-year-old corporal with numerous injuries.

They're appealing to anyone else who may have information about the incident to contact them immediately.

They also stressed rumours on the social media that the victim had been singled out because he was in the army or there was a religious motive behind the attack as "completely false".

Det Ch Insp Mark Wilkie said: "This was nothing to do with him serving in the forces. These are people who are prepared to go around attacking innocents.

"We do not want people like that on the streets of Barnsley and we will bring down the full weight of the law against them."

The soldier's mum has backed the police appeal for anyone with information to come forward.

Her son, who has served two tours of duty in Afghanistan and one in Iraq, had been left with concussion, a broken nose, black eyes and cuts and bruises all over his face, head and neck with some shoulder and pelvic injuries.

The soldier, who has served 10 years in the Royal Electrical and Mechanical Engineers, has now returned to his barracks.