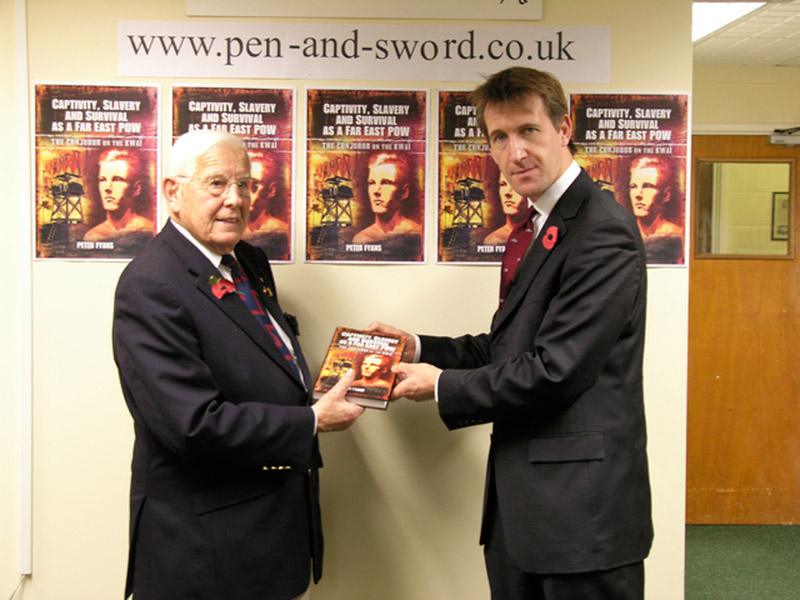 BARNSLEY MP Dan Jarvis welcomed a prisoner of war to Barnsley on Remembrance Day for the launch of his new book.

Barnsley-based Pen and Sword are releasing the book - called 'Captivity, Slavery and Survival as a Far East POW' - which is the story of Gus Anckorn, a British soldier who was captured by the Japanese and held for over three and a half years.

Gus, now 93, was in Barnsley to be presented with his first copy and honour Remembrance Day. Gus said: "I've been blown up, buried alive twice and shot at. It's a miracle I am still alive and I live every day because of that."