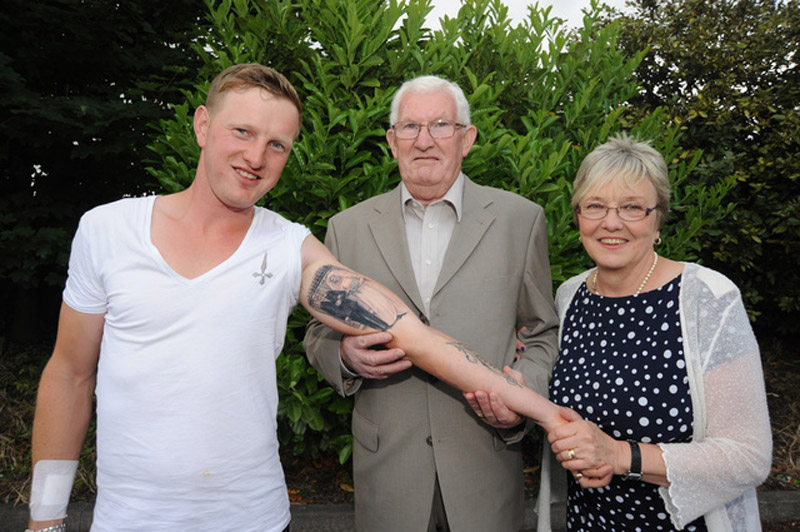 Grandson Gives Grandparents A Shock On Their Anniversary

A DEDICATED grandson celebrated his grandparents' 50 years of marriage - by having their wedding photo tattooed on his upper arm.

Craig Hartley, 27, originally from Elsecar, decided on the grand gesture a few weeks before the golden wedding anniversary of Brian and Christine Stuchbery.

He kept the £180 design a secret from the Mapplewell couple before revealing it at a family celebration on Saturday.

"My nan burst into tears as I had kept it as a surprise," said Craig. "She then started giving me a bit of a lecture and said I was silly as it's there for life.

"I'm chuffed to bits with it and it was nice to show it off. They're an inspiration and I look up to them."

Craig, a former Kirk Balk pupil, who now lives in Hornsea, spent two-and-a-half hours under the needle, with the ten-inch design completed in one sitting last week.

Grandparents Brian, 74, and Christine, 68, married at All Saints' Church, Norwood, after meeting when they both worked in Sainsbury's, Croydon.

Christine said: "I was aghast when I saw the tattoo. I don't really agree with them and said he was a silly boy.