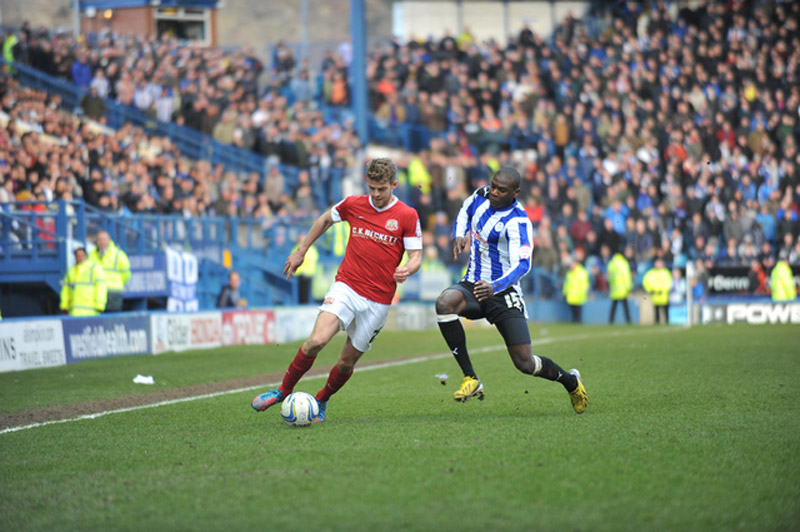 MARTIN Cranie says finishing in mid-table would be classed as a 'great season' for Barnsley - but believes they're capable of going even higher.

The 26-year-old defender, who won the Players' Player of the Year award last season, said there's a positivity around the club, despite an opening day defeat to Wigan Athletic.

"There's no point going into the season thinking we'll scrape relegation again because we will end up doing that," he said.

"We have got a good foundation after the way we ended last season and our pre-season. If we finished mid-table we would look at it as a great season.

"We just need to get there and then see if we can go higher. We will be fine if we get some good points away from home and beat as many of the teams that come to Oakwell as we can."

Cranie says he believes the squad currently assembled at Oakwell is good enough to compete in the Championship but, as a player that joined after two games had been played last year, knows that the Reds will accept any new arrivals.

He said: "I'm very happy with the players we've got here and I'm looking forward to the season. I know the manager might bring in another player. I signed after the first game last year but it was an easy group to come in and bond with. Whoever comes in will fit in straight away."