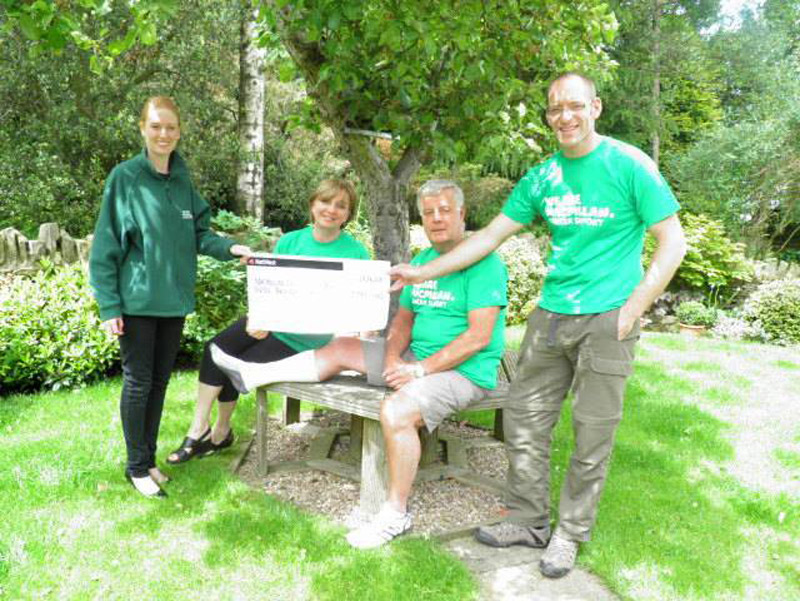 Man Carries On With Broken Ankle On Charity Walk

A DETERMINED man completed an 80-mile charity walk - despite discovering he had a broken ankle part way through.

Steve French twice visited hospital during the hike in the White Peak area of the Peak District but defiantly soldiered on to help raise almost £3,000 for Macmillan Nurses.

He was joined for the challenge by walking colleagues Gill Haynes and Andrew Morell.

The fundraiser, undertaken annually by the trio, was launched at The George Inn, Upper Denby, with the pub donating a pie and pea supper, which raised £1,000.

A collection also took place at Steve’s local, The Huntsman, and first prize in a raffle was donated by The Fountain Inn, Ingbirchworth.

Gill said: "Steve discovered he had fractured his ankle on the first day and had to visit Darley Dale Cottage Hospital on the first night and Chesterfield Hospital the next day.

"He was determined to finish the walk, and he did. He has only just had the pot taken off."