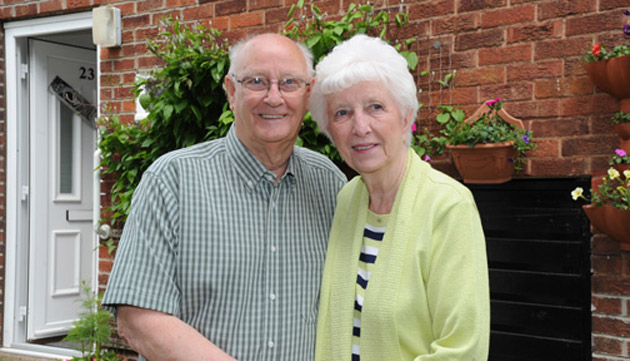 DIAMOND couple Harry and Joan Moss celebrated 60 years of marriage with a cruise of the Norwegian fjords.

The couple arrived home in Kingstone last Monday, but celebrated the anniversary with a garden party with their family on the weekend. The celebrations were organised by their daughter, Gillian Green.

"Mum and dad went to the fjords in a group of eight and had a riot," Mrs Green said. "There were celebrations on the boat and a special dinner."

Mr Moss is 85 and his wife is 82 but they keep active physically and mentally by going dancing twice a week and through jigsaws, quizzes and card games with their family.

The couple met at Ardsley Church youth group where they enjoyed trips walking and biking. They were married at Ardsley and both got jobs at Barnsley Council.

Joan worked in the housing department and Harry was a painter and decorator for 40 years. His daughter said: "Dad was good at what he did - he even wallpapered Cannon Hall."