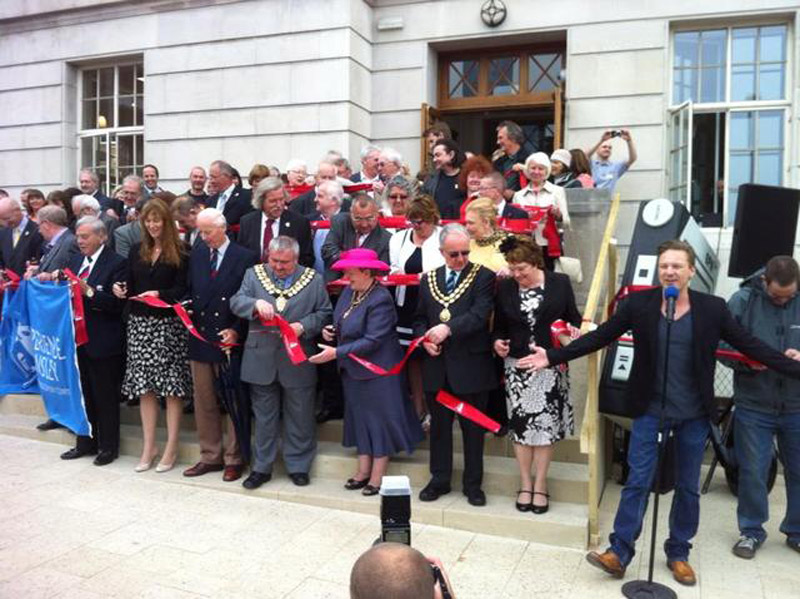 The all-new museum, which is based at the Town Hall, attracted hundreds to the venue, despite the rain attempting to dampen their spirits. Barnsley-born Capital FM presenter Simon Hirst counted down to the 2pm opening.

As it's been dubbed as the people's musuem, the ceremonial opening involved the town's people. Organisers cleverly arranged a giant ribbon to go around the crowd and each person cut it when Hirsty counted down from ten to mark its opening.

Diana Terris, Barnsley Council's chief executive, said: "It's absolutely fantastic. Local people have embraced it and even given up their historical artefacts. There's a sheer sense of pride in the town."

The free attraction, which spans two floors, will be open seven days a week and be free to enter.

Cllr Steve Houghton, leader of Barnsley Council said: "Experience Barnsley will be great fun for the whole family. Whether you’re interested in football, fashion, our industrial story or how our stone-age ancestors lived, there will be something for everyone.

Dickie Bird, who's contributed a couple of things including a bronze bust and the ball used in the 1975 Cricket World Cup final, said: "I'm very impressed. It's tremendous - I think people will be flocking here.

"It really does take a few visits to take everything in. My dad was a miner from 13 years of age so I was interested in the history of that part of our town.

"It's fantastic. It'll bring the town lots of visitors and I'll look forward to seeing its success."

Did you attend the launch? Have you been in? What do you think?