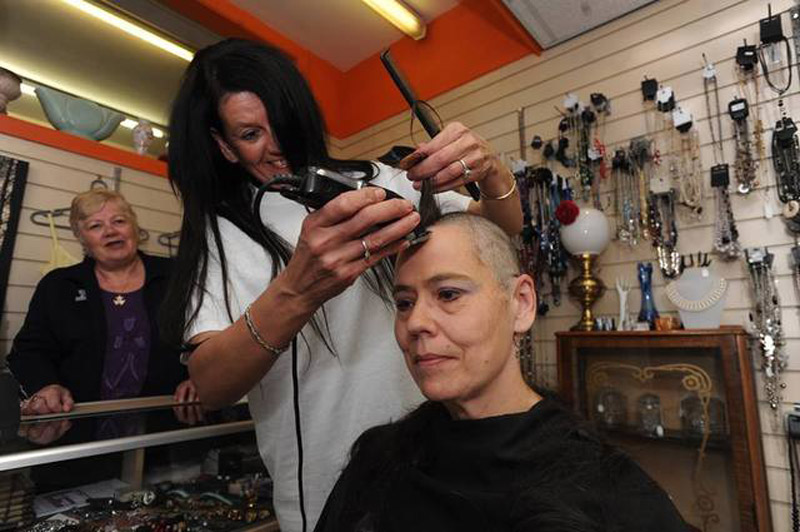 A VOLUNTEER at a charity shop decided to shave her head for a children's hospice - after a friend of her son died there.

Lorraine Dobson, 45, of Darfield, had her locks cut by by Tracey Barton at the Bluebell Wood charity shop, Wombwell, last Friday.

Lorraine's son Sam, 13, attends Greenacre special needs school in Kingstone after a bout of meningitis when he was 10 weeks old left him with epilepsy and autism.

Five of his friends at the school have died and Lorraine, who has been a volunteer at the shop since August, said the latest death greatly upset him.

"In March, he came home from school and said one of his friends had died and she had treatment at Bluebell Wood," Lorraine said.

"It was Comic Relief night and Jessie J was having her head shaved so I though I could do it too. My son feels better knowing I've raised some money for the place his friends have visited."

Friday's event has raised about £370 for the hospice and Lorraine said she may even keep the hairstyle.

She said: "It feels very cold but very liberating at the same time. I was a bit scared before but I didn't expect it to feel quite as good as it does."