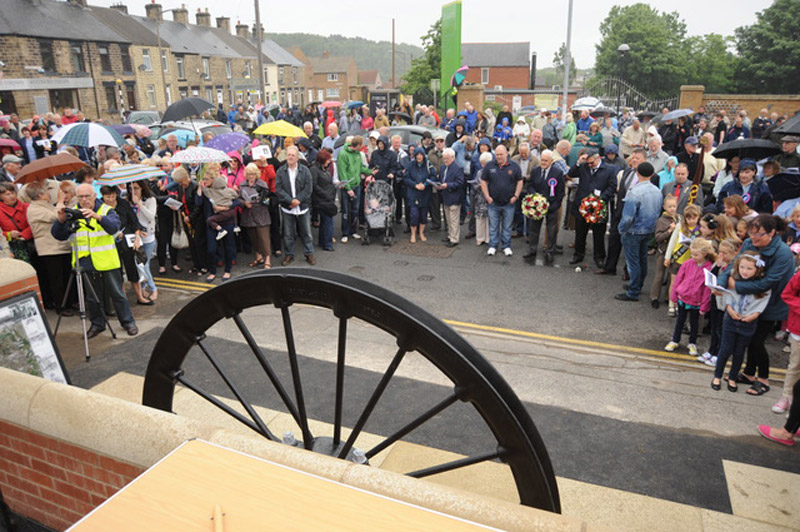 MANY people turned out for a family fun day in Dodworth as part of celebrations for the unveiling of the village's mining memorial.

The event took place on June 22 at the library on High Street and there were plenty of attractions to keep people busy - and even the sun made a brief appearance.

After the High Street memorial was revealed to the public, which commemorates the men killed at eight Barnsley pits between 1850 and 1987, many people then gathered on the grassed area on High Street to continue the celebrations.

The fun day and unveiling was organised by Dodworth and District Miners' Memorial Fund. The group's secretary, Sandra Birkinshaw, said it was 'a really excellent day' and good for the community.

"While the weather may have held some people back, there was plenty of entertainment on and people had a a good time," she said.