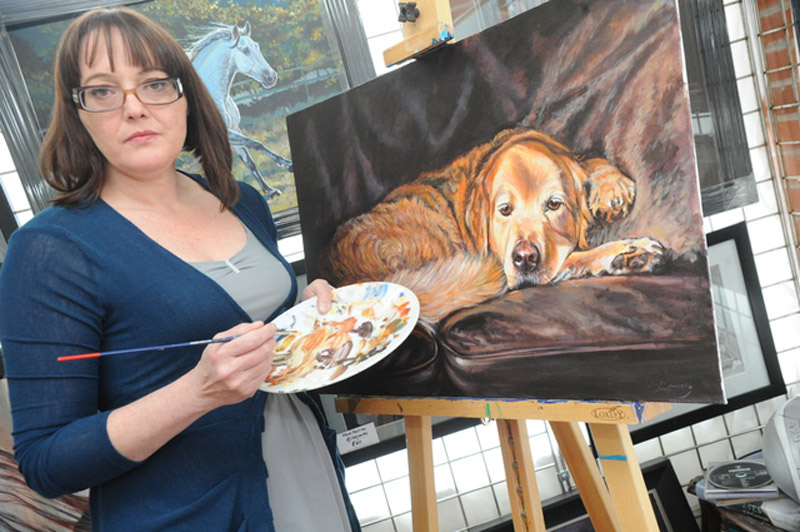 A KINDHEARTED car driver spent more than an hour in rain and dark conditions caring for a young crash victim who was without a mobile phone.

Jane Lazenby pulled over on South Lane, between Cawthorne and Hoylandswaine, after spotting the injured motorist late last Thursday.

The unknown man, who was on his way home from work at about 10.30pm, said his car had overturned after he tried to avoid a badger, which ran out in front of his vehicle.

Jane, 43, said the hatchback looked to have rolled at least once and the shocked driver, believed to be in his 20s, was shaking and covered in cuts and bruises.

"I think I went into mummy-mode," said Jane. "I wouldn't have wanted him in a panic situation just being left in complete darkness on a quiet country road, where people put their foot down."

Jane, an artist, helped calm the man, who was travelling towards Hoylandswaine, along with his friend, who arrived in a separate vehicle.

She called for roadside assistance and the man was then taken to hospital, after his mother arrived.

"I'm glad I could do something," Jane added. "If that was me and I was by myself, I would hope to God somebody would've have helped me."