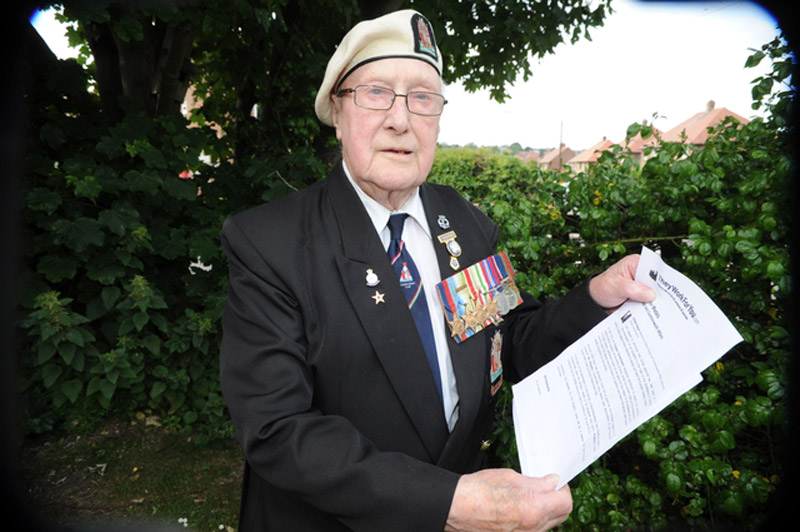 A BARNSLEY Arctic Convoy veteran has been recognised by Russian president Vladimir Putin, during his recent trip to London.

Elsecar man Ken Burkinshaw, who served in the Second World War on board HMS Sheffield, delivered food supplies and weapons to Soviet forces in Russia.

Twenty people were presented with the Ushakov Medal on Sunday, when the Russian president visited the capital, but hundreds, including Ken, have been recognised and will receive their medal at a later date.

Ken, 89, of Cherry Tree Street, said: "The Russians have wanted to award us this for a while but our government have said that the last medal we got, the Arctic Star, was sufficient.

"Soldiers from New Zealand, Australia and all the other countries have received theirs and it's now time we got ours."