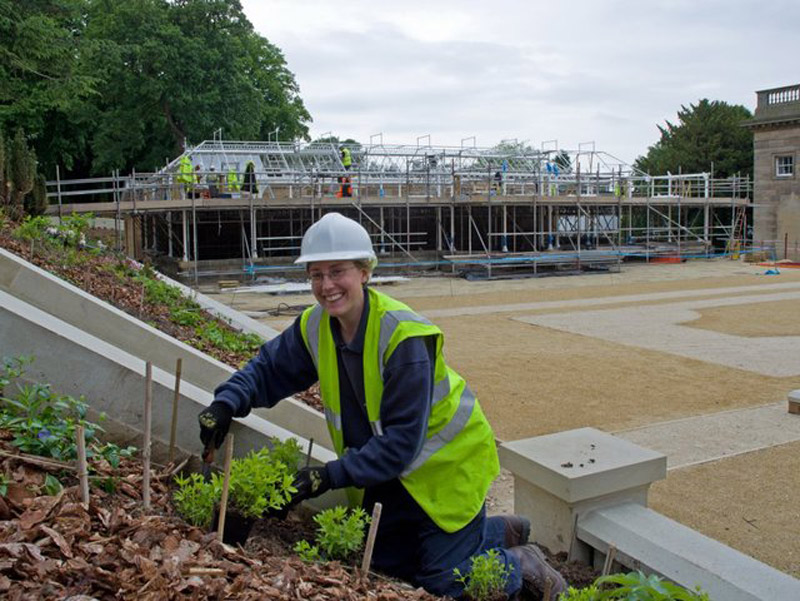 THE £3.74million renovation of Wentworth Castle's Victorian conservatory is drawing to a close.

Preparatory work has now started on replicating its rare plant list. The glasshouse fell into disrepair over the years and was placed on English Heritage’s Risk Register.

After a 10-year fundraising campaign, restoration work began in 2012 and in October 2013, the glasshouse will be opened to the public.

Although the restored glasshouse will no longer be heated, conservation specialists are keen to recreate as much of the original planting as possible using detailed historic planting lists.

Internal plants have been procured from Treseders Nursery in St Austell, Cornwall, which specialises in rare temperate plants.

Plants to feature in the renovated glasshouse include Asian species gardenia augusta and lillium regale. Europe will be represented by geranium maderense (giant geranium) and aeonium arboreum (houseleak tree) and from Africa, there will be specimens of strelitzia regina and zantedeschia aethiopica.

As plant procurement continues, so too does painstaking work on restoring the conservatory's grandeur and planting up the adjacent areas.

The original iron frame, consisting of 4,000 parts, has been carefully dismantled, labelled, cleaned and re-cast where necessary. It's now being re-erected by heritage craftsmen and wider landscaping work is underway.