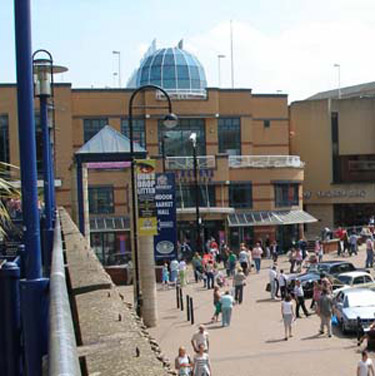 A SHOPPER claims he's been banned from a town centre store for telling a young shop assistant that 'she looked nice'.

Owen Morris was booted out of Iceland in the Alhambra Centre for the seemingly innocent comment last month.

But the store manager suggested the customer's remarks were far more serious, although the company refused to provide an official comment.

Mr Morris said: "It's a very trivial reason, all I did was make social chat.

"I've been stabbed in the back for doing nothing but being nice.

"It's political correctness, or feminism, gone mad. All I've given that shop is my custom."

The 43-year-old claims to have asked the female assistant, who he estimated was in her early 20s, if she was watching the FA Cup final later that day, Saturday May 11, before complimenting her appearance.

He says the shop manager then approached him and said he was no longer welcome at the store.

Mr Morris can, however, continue to shop at the other Barnsley branch of Iceland, on Peel Street, where he says he has a 'good rapport' with staff, even sending one a birthday card.