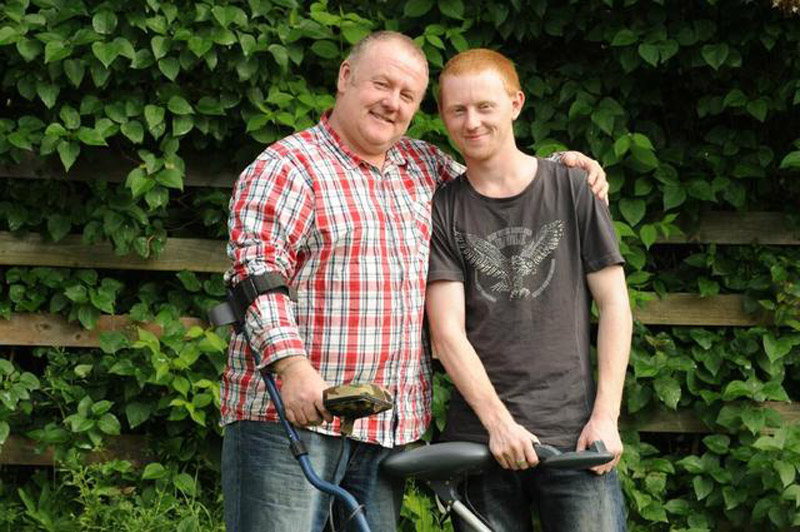 Father And Son Find Bomb While Out Bonding

THIS year's Father's Day was a memorable one for a dad and his son - they found a bomb while out metal detecting.

John Hemsley, of Dodworth, took his 20-year-old son Jack, of Old Mill Lane, Barnsley, metal detecting for the first time on Sunday so they could spend some quality time together.

The duo went to Silverwood in Silkstone and thought they had struck it lucky when Jack's detector started to make a sound denoting that gold was beneath the ground.

They dug it, uncovering a square-shaped lump of rusty metal coated in mud. They took it home for a closer look.

Their find turned out to be part of a shell, likely to be from the Second World War.

But it was only when John sat down at his work bench and began to hammer away the rust and wipe off the muck that he realised exactly what he had brought home to South Crescent.

"I just looked at it," said the 48-year-old. "Then I swore a little bit and ran. I went inside and said to the wife 'I think we've found a bomb' and she just laughed thinking I was being daft.

"I phoned the 101 non-emergency number for a bit of advice and they said to get away from it quickly and to shut the doors."

The next thing John knew there were two police vans on the street and officers were taking a closer look at the suspected bomb, still sitting on the work bench.

Minutes later, convinced it could be a risk, the police made the decision to block the street off and warned residents to stay indoors until it was dealt with, something many people on We Are Barnsley's Facebook page commented on.

The Royal Logistics Corps bomb disposal unit was called, who arrived at about 9pm, and experts x-rayed and drilled the device before putting it in a leaded box.

A police spokesman said the device was taken away to be destroyed.

"I have to say it was one of the best Father's Day presents I have ever had," said John.

"It was lovely to bond with the lad but I won't be taking him with me for a while. The first time I do and he goes and finds a bomb."