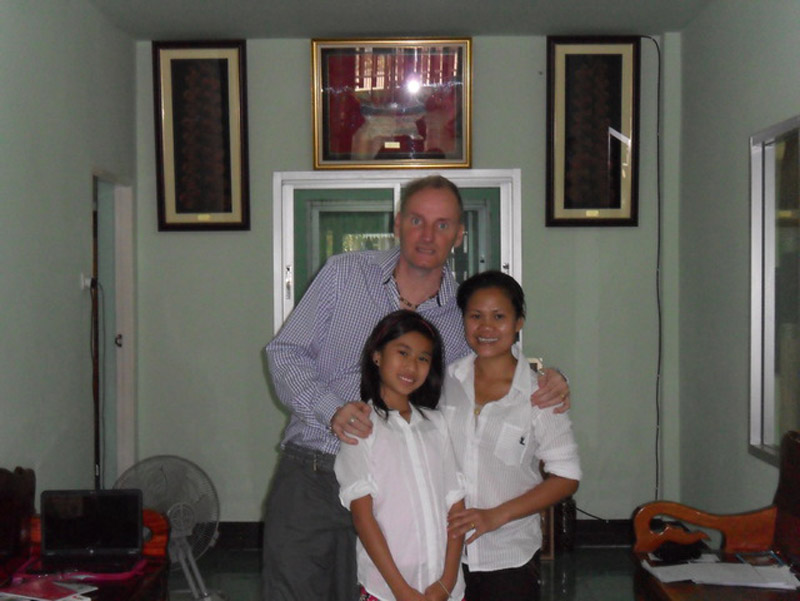 Life Starts At Fifty For Expat

A FORMER Barnsley Council manager decided to transform his life at 50 - and now has his own English school in Thailand.

Andrew Fleming, an ex-manager in the council's youth service department, moved to Thailand in 2011 after working for the council for 20 years.

In 2005, he met his wife, Max, in Udon Thani and they married in the Asian country later in the year. Up until their big move, they visited Thailand every year. In order to pass time, Andrew taught English on a voluntary basis in schools around the province.

"I thoroughly enjoyed this and found it most rewarding," he said. "Me and my wife started to realise that we made a good team when teaching together."

It was then that they both decided to open their own English school. After obtaining permits and renting a venue, the dream was quickly turning into reality.

"Overseeing a building team that spoke no English was not the easiest of tasks," joked Andrew. "At times it was quite challenging, especially plumbing in the water supply and the electrical wiring.

"I was shocked how quick the Thai team of builders worked and eventually we could see our dream school come to fruition before our eyes."

The school, named The English School of Learning, was ready for its first pupils. Opening in June 2012, it has recently celebrated its first birthday and Andrew says it is still a big success.

Andrew and his wife teach full-time at the school. It has more than forty students aged from six up to 23 years of age. The pair also teach some adults with one-to-one private tuition.

With the bonus of Thailand's climate, where temperatures range from 20 to 45°C, Andrew also has time to relax outside. "Although I home school our daughter, I still manage to find time to take a relaxing walk around a lovely park with a beautiful lake most mornings.

"I also try and have two traditional Thai massages through the week."

Does he miss Barnsley? Of course. "If you were to ask me what I miss most about Barnsley it would be my friends and family. I also miss some of my work colleagues.

"There are certain things I do not miss like the miserable weather and a large percentage of the current government’s policies."

The respect that the students give its teachers is also something that Andrew is grateful for. Students always greet him with a wai, a Thai greeting which is a mark of respect, involving a slight bow with palms pressed together in a prayer-like fashion.

"I love my new life and feel that at 51 years of age I’m living my dream," added Andrew. "Thai students are so motivated and caring it is unbelievable at times."