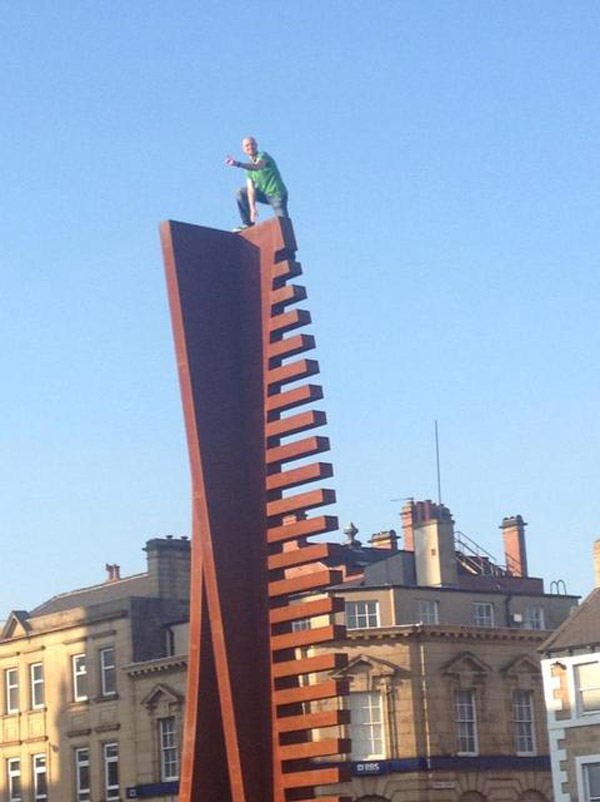 A MAN who scaled the 33ft-high sculpture outside Barnsley Town Hall has said he would have done it even if he had not had a drink and snorted cocaine.

He made the admission in an interview with probation officer Rita Dyson at Barnsley Magistrates' Court, where he was given an eight-week curfew.

She said Wollerton had several pints on the way into town and took the drug when he got there.

"Mr Wollerton had been out since 4pm and he and his friends were talking about the sculpture," she said. "He said climbing it became a bit of a dare and a fun thing to do.

"He said he would have climbed it if he had not had a drink or taken the cocaine."

Claire McCullion, prosecuting, said the part-time domestic appliance engineer was near the top of the sculpture when the police arrived.

She said Wollerton, of Lancaster Street, Barnsley was swaying slightly as he climbed down.

He admitted being drunk and disorderly and possession of cocaine. He was ordered to pay a £60 victim surcharge.