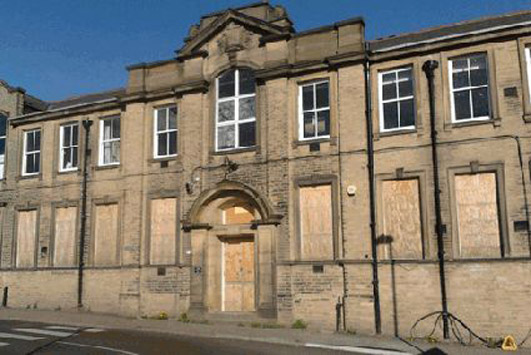 Hall Set To Be Bulldozed

A 102-YEAR-OLD former school building is set to be bulldozed to make way for houses once a £1.2million deal is completed.

The future of Fulford Hall, on the site of the old Penistone Grammar School, has been uncertain since the new £35million advanced learning centre opened in 2011.

Bellway Homes, the company behind the development, and Barnsley Council, which owns the Huddersfield Road site, both confirmed a planning application was imminent but could not disclose whether Fulford would be saved, or how many homes would be built.

A Bellway Homes spokesman, said: "It's still very early on in the process. There will be a regeneration aspect as part of the development but we aim to retain some of the existing buildings. We're still working on our plans."

Former pupils and local councillors have campaigned to keep the former grammar school building by starting a petition and applying for listed status from English Heritage to protect it.

The 3.64-acre site has been marketed by Norfolk Property Services on behalf of the council - with a guide price of offers in excess of £1.3million.

A Barnsley Council spokesman said: "A statement will be issued when the property sale transaction is completed.

"Details around proposals for the site will be advertised in the usual manner when the purchaser company submits its planning application and third parties will have an opportunity for comment through the planning process."

Bellway plans to hold a public consultation later this month, when the building company will outline its plans for the site.