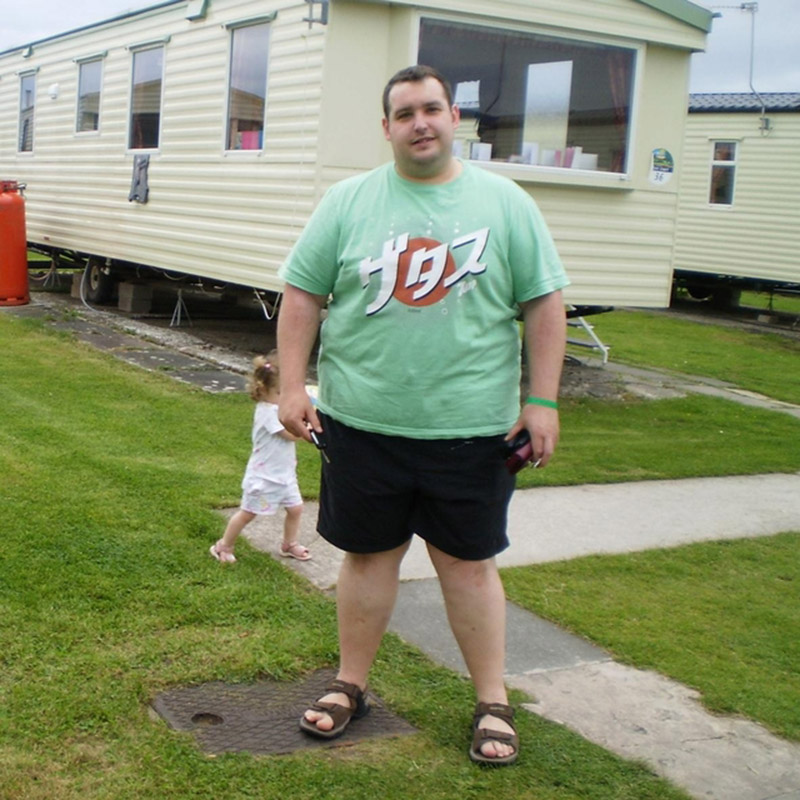 Barnsley dad Neil Richardson spent years being known as 'Fat Neil' to his friends - but he has now shed almost half his body weight.

Neil - who weighed 26½st - has lost almost 13 stones after a child who was playing with his daughter quit the came because he 'didn't want to sit with the fat man.'

Neil said:: “Hearing that and seeing my little girl’s face as her eyes welled up with tears was like being hit by a train. It was one thing for my weight to affect me, but I realised then that it was affecting my family too and I had to do something.”

Within days of returning home to Barnsley in South Yorkshire last June, Neil joined his local Slimming World group and started a journey that saw him lose 12st 10lbs. Now he’s been named Slimming World’s Man of the Year 2011.

He said: “I’ve always been known as ‘Fat Neil’ – it wasn’t an insult, it was just who I was. I wasn’t really unhappy about my weight, in fact it was probably a consequence of enjoying myself a little too much with lots of nights out with the lads, which usually involved plenty of beer and a kebab on the way home.”

Support worker Neil has bought a cross trainer and taken up running. His proudest moment was winning the dad’s egg and spoon race at his daughter’s sports day recently: “It’s hard to explain how much that meant. The year before I went in 50in waist jeans and hid at the back. This year, after I won, my little girl ran up to me and said ‘I’m proud of you Dad’. They were the best five words I’ve ever heard.

“Even my mates have been behind me in their own blokey way. Not long ago now, I went to a fancy dress party but had to call in after work so I wasn’t wearing a costume. One of my friends spotted me and shouted ‘Look! It’s Fat Neil and he’s come dressed as a thinner bloke!’ The great thing is that this isn’t a costume, it’s really me and I am that thinner bloke.”