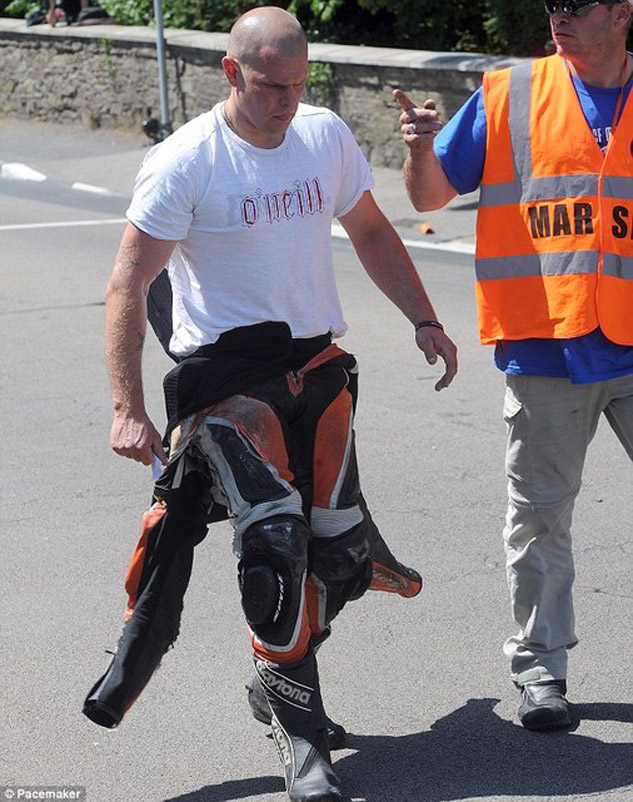 THE Barnsley biker who crashed into spectators during an Isle of Man TT race has been discharged from hospital.

Jonathan Howarth suffered a minor fracture after crashing his Kawasaki on Bray Hill near the start of the opening lap.

Ten spectators were injured in the incident and five remain in hospital - with one described as having a 'serious' injury.

Manx Radio reporter David Harrison, who was also a spectator, said the rider's bike completely disintegrated in the crash.

"The wheel and the petrol tank of the bike flew straight across the road - it actually came over my head, only yards away from us," he said.

"Everyone ducked and screamed and ran away in the panic."

Bray Hill is one of the most popular vantage points for TT spectators. The race, which was halted following the crash, restarted and was won by John McGuinness, who set a new race record in claiming his 20th TT triumph.