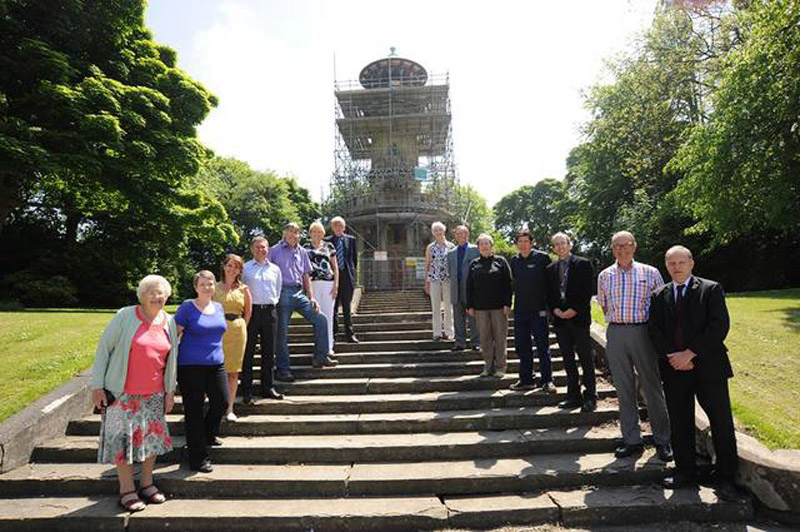 WORK has finally begun on essential work to enable Locke Park tower to open to the public for the first time in more than 20 years.

The initial work, costing £80,000, will concentrate on tackling health and safety issues and ensuring safe access for the public to the first floor balcony of the stone tower.

The money for the first phase has been raised by 'tireless fundraising' over the past ten years by the Friends of Locke Park group.

David Allen from the group says everyone is delighted to finally see work beginning after so many years in the pipeline.

Mr Allen says the hope is that when the balcony part of the tower is safe locals will once again enjoy its borough-wide views and so be more likely to get involved in further fundraising.

The Grade II listed Locke Park tower, which is 70 feet high, was built in 1877 as a memorial to Joseph Locke's wife, Phoebe.

It is the highest point in the town but was shut in the early 1990s because of its dangerous state.

Engineers say the tower requires top to bottom work on the stonework, ornate carvings and the wooden viewing platform at the top - but to restore the entire tower to its former glory could cost up to £250,000.