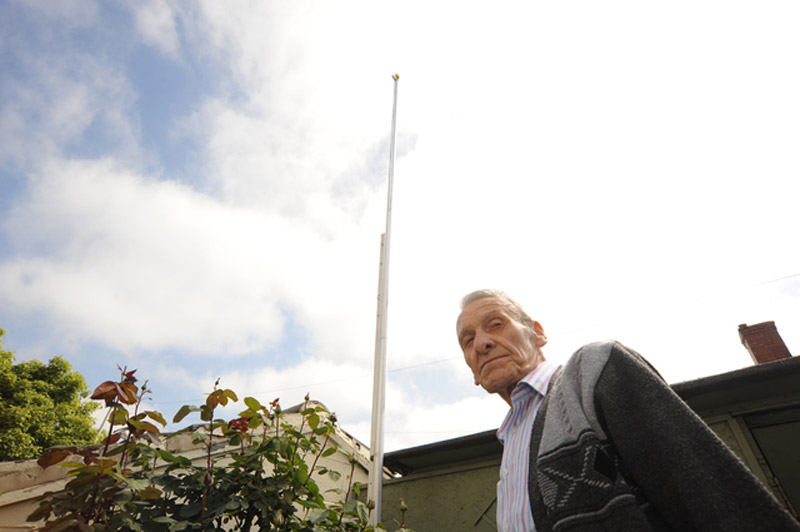 Patriotic Pensioner Has His Flags Stolen

A PENSIONER who was in the Army says he will not be deterred from being patriotic - after thieves stole two St George's flags from his garden.

Ronald Hodgson, 81, had them in his garden at Richard Street, Barnsley. One was attached to a piece of wood he had painted white and one was flying from a flagpole - a Christmas present from his son, Ian.

Ian, 45, said: "Dad is very patriotic and was an Army cook and corporal. During the Queen's Diamond Jubilee celebrations last year, he put up the bit of wood with the flag on it, and for Christmas I bought him a proper flagpole - he was delighted."

But last Sunday morning, the pensioner woke to find both flags had been taken. The old one had been ripped off the piece of wood and the newer one had been cut from the flagpole cord.

Ian said: "Dad has taken it in his stride - he's that kind of man - but what sort of town do we live in when our own country's flags are stolen?"

Ronald said: "I've no idea why they took my flags, I have no enemies here. Maybe it was someone who came home with a pint or two in their belly."