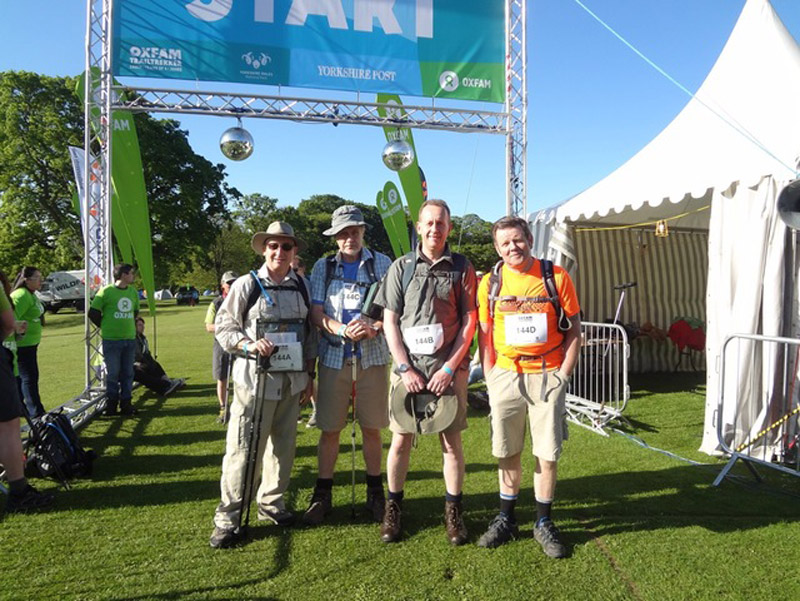 Over the past 10 years the keen walkers have raised thousands of pounds for charity and walked hundreds of miles.

The foursome tackled the 'Trail Trekker' course in the Yorkshire Dales - and raised money for Oxfam and Barnsley Hospice.

"We started off at 8am, but we didn't finish until past 10am the following morning," said Cllr Tom Sheard.

"We had a good time but it was hard - the support crews were vital. The weather was good but clear skies meant it got frosty while we were walking through the night."

The councillors raised £1,400 for Oxfam and a similar amount will also be going to Barnsley Hospice.