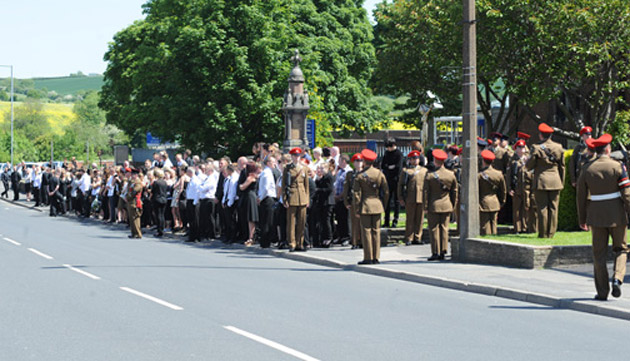 HUNDREDS of people gathered to pay their respects to a teenage soldier who died in a car accident last month.

Grimethorpe's Josh Powell was a member of the Light Dragoons, having joined in September 2011. He was due to be deployed to Canada later this year.

Josh and his friend Danny Hancock died after the vehicle they were travelling left Engine Lane in Shafton before hitting a lamp post, going through a garden wall and into a house on May 19.

Josh died at the scene. Danny, 25, died on May 22 in Barnsley Hospital. His funeral was held on Wednesday at the same church.