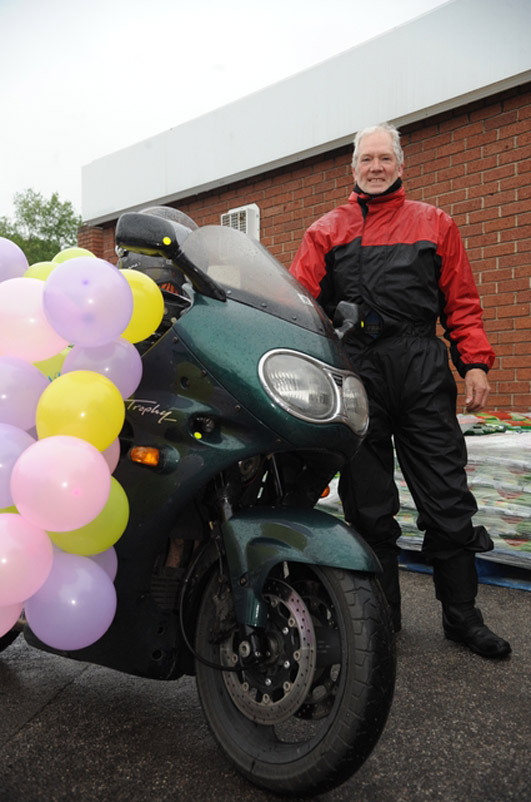 A ROYSTON motorcyclist has completed a gruelling journey of more than 2,000 miles - all for two Barnsley charities.

Bob Woodcock set off last Thursday, travelling from Royston to Land's End, then to John O'Groats before returning to the village.

He clocked up 2005 miles on his 21-year-old Triumph bike in aid of Barnsley Independent Alzheimer's and Dementia Support (BIADS) and Barnsley Hospice.

Bob is a volunteer at the BIADS charity shop in Royston and was met with cheers and balloons from staff in Royston on Wednesday.

Bob, 59, said it mainly rained during his six-day trip, but the bad weather had not dampened his spirits.

It is the second time Bob has undertaken the trip, previously raising about £700 for Help For Heroes in May 2011.