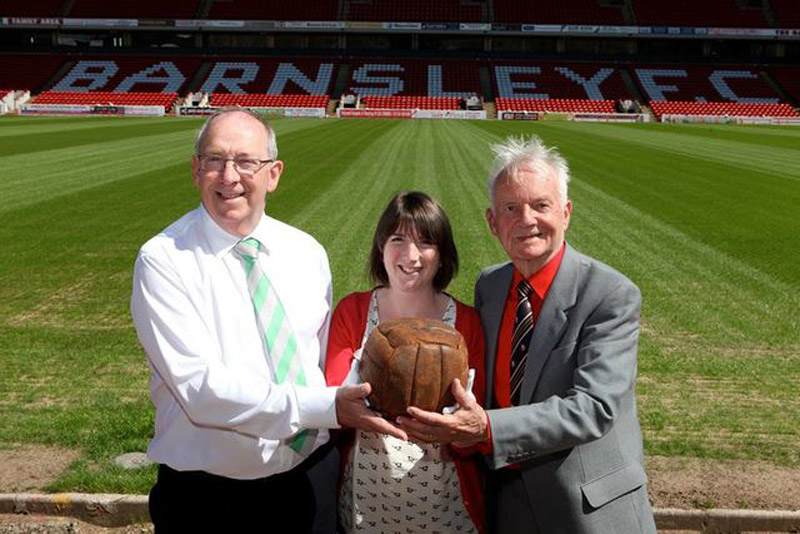 BARNSLEY'S footballing heritage will be united for the first time when Experience Barnsley opens on June 27.

The all-new £4.3million visitor attraction is in Barnsley Town Hall and until now, many of the proud footballing objects have been in private collections or at other museums across the UK.

Among the memorabilia on show is an England shirt worn by Tommy Taylor, the Barnsley-born Manchester United player who was killed in the Munich air crash in 1958.

Taylor scored an incredible 16 goals in just 19 England appearances and his England shirt still has grass stains. It's been brought back to Barnsley on loan thanks to the support of the National Football Museum.

The match ball from the 1912 FA Cup final - the only time Barnsley won the famous trophy - will also have pride of place in the museum galleries. Harry Tufnell scored the only goal of the match in extra time to give the Reds a 1-0 win against West Brom.

Supported by just over £2.6million from the Heritage Lottery Fund (HLF) and part-financed by the European Regional Development Fund, the state-of-the-art museum will open to the public on June 27, be free to enter and open seven days a week.