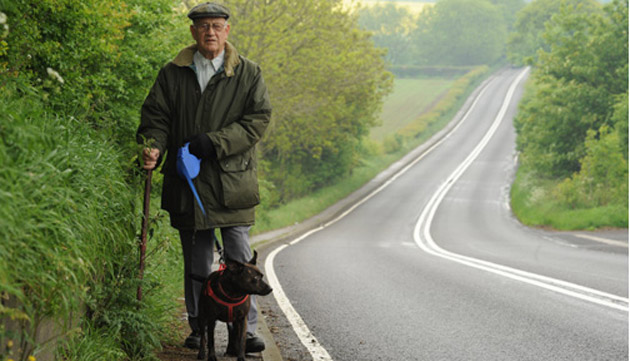 A FRIGHTENED dog walker wants the speed limit to be cut on a busy road - but a councillor has dismissed his calls.

John Race, 73, says he walks Lee Lane in Royston three times a week but the 60mph speed limit and narrow pavements make it dangerous for pedestrians.

He wants the speed limit to be reduced to 40mph and asked police at a meeting last week to walk the lane and analyse the traffic.

"For the walker who comes down here it's a frightening environment," John, of Staincross, said.

"The footpath is reduced in various spots because of vegetation growing onto it and the speed on Muscle Hill is the worst point.

However, Cllr Roy Miller said: "Lee Lane does not and would not meet any of the national guidelines or legal criteria for a reduced speed limit."

"It has no houses or other properties on either side, is not high on the accident risk criteria and traffic surveys have not identified any particular or unique issue with speeding.

"The road has a very small amount of pedestrian use. However, in the last five years substantial investment has been made to improve safety with increased lighting, the laying of a pedestrian footpath along its entire length and the introduction of traffic calming measures at the point where it enters the residential area of Royston."