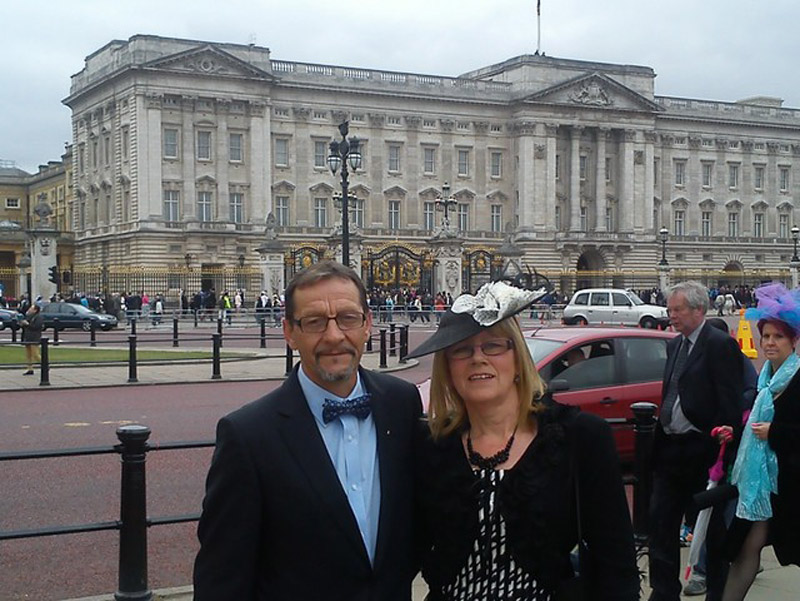 A WORKING men's club manager mingled with royalty at a Buckingham Palace garden party after being commended for his community work.

Jump WMC's Andy Hodgkinson, 55, and wife Christine, 55, were invited to join the Queen, Prince Charles, the Duchess of Cornwall and the Duchess of Cambridge in recognition of his community work with the club and charity Toc H.

Toc H began as a soldiers' club in Belgium during the First World War and promotes community spirit and acts of service to others.

"It was marvellous and not what we're used to at all," said Andy. "For us to walk around Buckingham Palace and then out into this garden which was as big as most parks was amazing.

"Kate was absolutely beautiful, radiant, and the Queen was looking marvellous as usual."