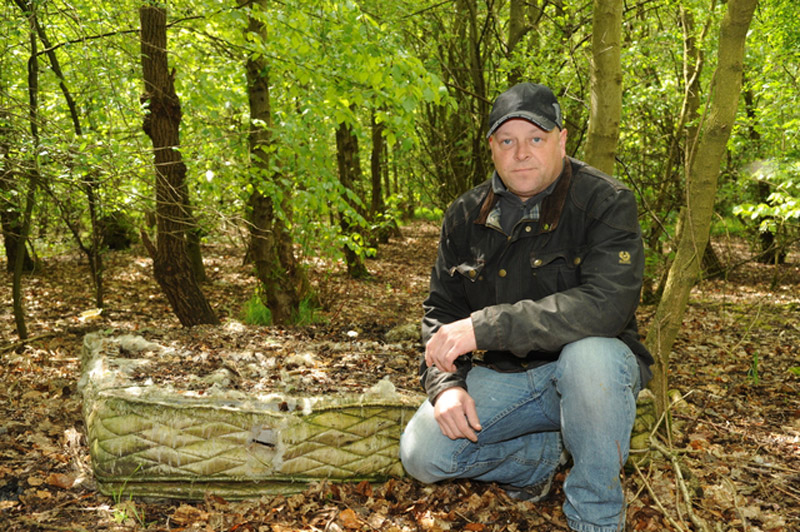 Andy Trask, 44, had a series of setbacks when he tried to dump an old sofa and bed from a rented house that he was helping his daughter Katie, 21, move into.

He first rang Barnsley Council's waste management team to book his van into the tip at Smithies depot but was told he needed to book 12 hours in advance.

The tip agreed to let him in after some "pleading" but then they saw his van.

"It was a Luton box van - a type not allowed in Barnsley Council sites," said Andy. "I was stuck. I couldn't start moving my daughter's furniture in until I moved the old stuff out."

Andy went to a nearby van hire firm and hired a smaller van. But back at the tip he again got the red flag.

He said: "They told me the van was still too big and that I should find a 'pay-in' tip."

Andy eventually managed to book in at a tip in Worsbrough.

"Walking my dogs, I regularly see dumped sofas and mattresses on beautiful suburban retreats," he said.

"Is there any wonder with these people in charge of waste management? When people try to do the right thing and dump rubbish at the tips provided, they're hit with stupid bureaucracy."

Cllr Roy Miller, said: "By law, householders can only move waste they have generated themselves in their own home and the council’s Household Waste Recycling Sites can only accept the same.

"There are fines of up to £50,000 for moving any waste not generated by yourself in your own household.

"The waste in this case was left by a previous tenant and was the responsibility of the landlord to remove as part of the business of property letting.

"It was therefore commercial waste and not permitted, by law, to be accepted at the sites or moved by anyone who did not have a waste carrier’s licence."

For more information on the council's guidelines, click here.