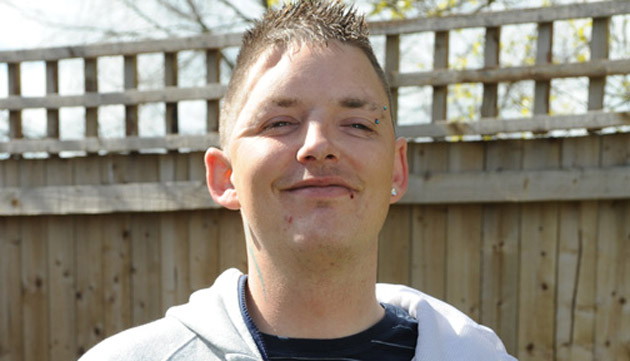 A YOUNG man who spent weeks in a coma following a road accident has spoken about how his life has been affected for the first time.

Brett Sinton, 21, suffered severe head injuries when he was knocked down as he was running away from a group of lads on Pontefract Road, Lundwood, in November 2010.

No-one has been charged with an offence - even though Brett knows who was responsible.

He needed emergency surgery to reduce pressure on his brain, spent several weeks in hospital and underwent rehabilitation at the Keresforth Centre in Kingstone.

The sight in his left eye is severely impaired but has since learned to walk short distances and talk again and is able to feed and wash himself.

Brett, of Athersley, said: "I feel depressed - there's nothing for me to do. I can't work any more, but I wish I could.

"I can't even think straight - I just sit in my room and play my computer.

"I can't run or play rugby or football. I tried running and fell flat on my face."

Brett also suffers from anger management problems and is not allowed to look after his two children, Dylan, six, and Aleisha, two, alone.

"Sometimes when I'm watching television I can't follow the story and so I sit there making my own story up and it makes me upset. It's so frustrating.

"What hurts me the most is when I'm walking down the street and someone shouts 'cabbage'."

His mum, June, had wanted to apply for compensation to allow Brett to have his own home and to pay for carers but her solicitor told her they were closing the case fearing they would not win because of a GBH offence Brett committed before the accident.

"It's disgusting," she said. "He has paid his debt to society for that offence.

"I live here and look after him and have no life of my own - my partner has had to move out because of Brett's anger issues.

"I'm his mum and I will always look after him, but this is now my life too."