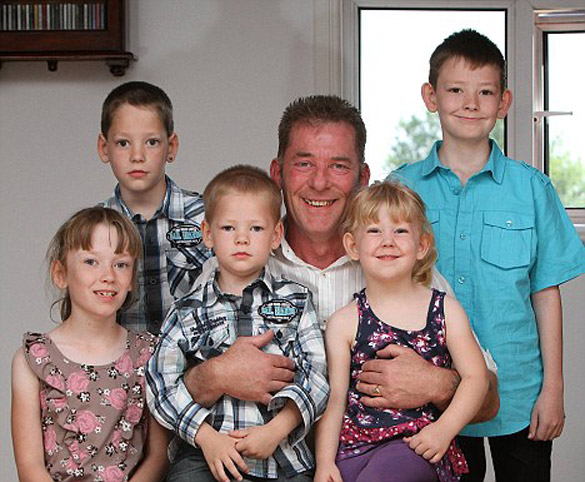 A DAD who topped the best-seller list after writing a book about his wife's battle with cancer has written a follow-up.

Ian Millthorpe, a former miner who lives in Grimethorpe, wrote the book 'Mum's Way' as a tribute to his late wife Angela who died, aged 48, in 2010.

Angela's cancer returned after over 17 years in remission and the book tells of how, when she was ill, she taught Ian all the skills he needed to care for their eight children.

These included favourite lullabies and plaiting their daughter's hair.

Orders for an astonishing 20,000 copies came flooding in from supermarkets and bookstores and the book shot to number one in Asda Direct's book charts.

There was also talk of turning it into a film.

Now Ian has come up with a sequel called Dad's Way. He said: "After I wrote Mum's Way I got hundreds of emails every week and a lot of people wanted to know what my life was like without Angela."

Ian set about writing and the book is due to be published by the end of this year.

He said: "I wrote the painful chapters through the night when the kids were in bed. I sometimes stayed up all night to do it. The kids are generally okay but there are some sad moments in the book.

"At one point at 4am Corey (aged seven) started crying and shouting for his mum to come back. We also went on a trip to Flamborough and it kills me because Angie loved doing things like that."

Ian, whose story has featured widely in national media and appeared on BBC's The One Show on Tuesday, has also got a deal with a publishing house for his books to be translated into German.