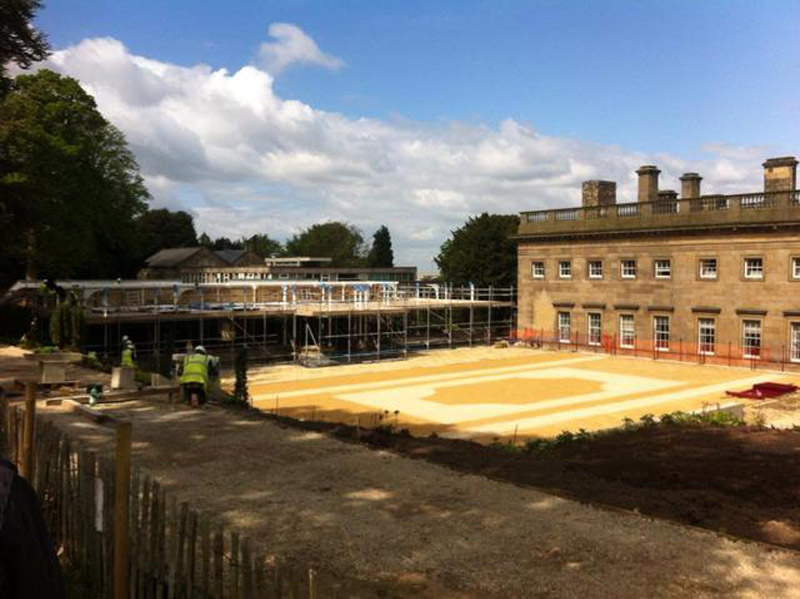 We Are Barnsley Have A Peek At Wentworth Castle's Conservatory Restoration

THE beautiful grounds at Wentworth Castle have seen a lot of work in the last year, as its Victorian conservatory has had a drastic restoration. We Are Barnsley visited the venue to see its progress.

Set a matter of minutes outside of Barnsley town centre, this hidden gem shows off the town's surrounding countryside beautifully. Deers wander and birds chirp away in the tranquil settings.

Its Victorian conservatory's been featured on We Are Barnsley on numerous occasions, but a recent visit saw that its restoration is rapidly progressing, nearing its completion after ten years of hard work.

Constructed in 1885 by Crompton and Fawkes of Chelmsford, it's a rare surviving Victorian glasshouse and in its day was at the forefront of technology - with electric lighting as early as 1886.

The building was featured on the BBC's Restoration programme, where it went up against other dilapidated venues in a public vote, the winner being restored to its former glory.

Unfortunately the conservatory didn't win, but the impetus was there to rescue the building.

The Wentworth Castle Heritage Trust took the decision in 2005 to support the fragile structure further with a scaffold to prevent its total collapse.

They succeeded in raising the £3.7million needed to restore the conservatory in 2011 from four outlets: English Heritage, the Country Houses Foundation, the Heritage Lottery Fund and the European Regional Development Fund, not to mention numerous fundraising events held by the trust's dedicated members.

An incredible 35 layers of paint have been removed to reveal intricate detail which has been hand-painted in a creamy white - thought to match its original colour.

The first parts of the conservatory’s iron frame are returning to the site after spending the past seven months undergoing detailed restoration at Shafton-based Shepley Engineers.

"There are always ups and downs, but we've done so much," added Claire. "The conservatory was always the one building we wanted to do.

"We're opening in the autumn but there'll be its grand opening in spring 2014, when the garden's at its best."