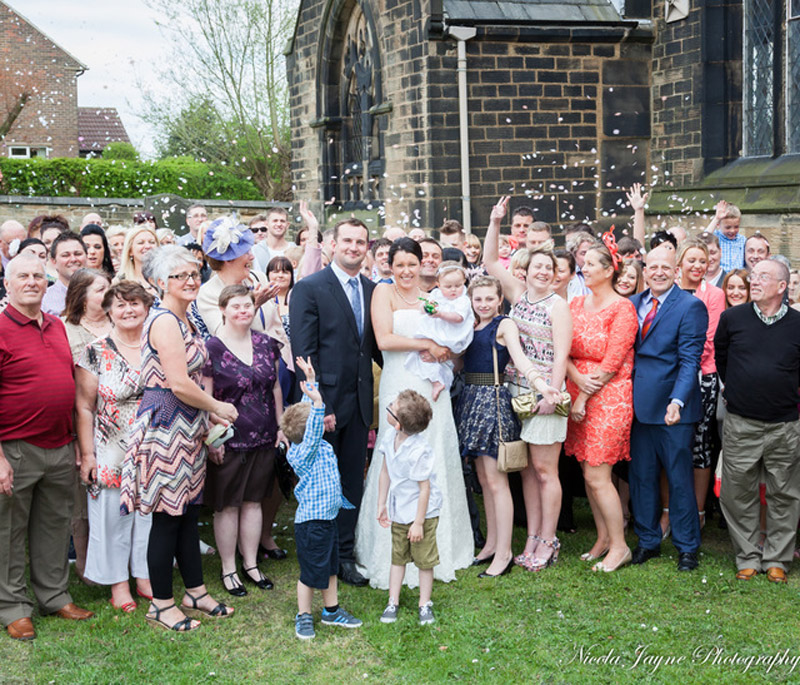 Since last October the Hoyland couple have secretly planned their wedding - but told only their parents and a few close friends.

They got their family and friends together on May 5 at St Peter's Church, Hoyland, on the pretext of their daughter Poppy's christening - only revealing it was a double celebration when Lauren walked up the aisle in her wedding dress.

Lauren, 24, said: "The guests thought they were attending Poppy's christening. We told them I was running late as Poppy had been sick on me and when I got to the church, my dad walked me down the aisle.

Confusion initially took over but after someone shouted out 'they're getting married!' their guests went into celebratory applause.

She added that people were surprised she had managed to keep the secret.

"There were a few slaps on the arm as we walked out of the church - people couldn't believe I had done it.

"People say I'm gobby so they were amazed I had kept it a secret!

"I'm really glad we did it though, it was fantastic."

Following Lauren and Dan's nuptials, Poppy was christened before the couple and the guests headed to Milton Hall for the evening celebrations.