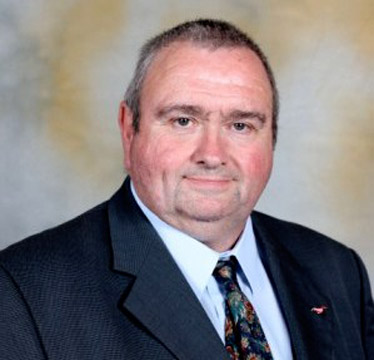 COUNCILLOR Ken Richardson has been formally elected as the Mayor of Barnsley.

Cllr Richardson and his wife Nadia take over from retiring Mayor and Mayoress, Cllr Dorothy Higginbottom and her daughter Dorothy Parkin-Coates.

During their year of office, the Richardsons plan to raise awareness and funds for two good causes: the Barnsley Talking Newspaper and Barnsley Cancer and Palliative Care.

Cllr Richardson has been a member of the Labour Party for 30 years, and was elected to represent Monk Bretton ward in 2004.

He serves on the planning regulatory board and economy and skills scrutiny commission as well as several outside bodies.

Nadia Richardson was born in Halifax and moved to Barnsley after marrying Ken.

She has been a Labour Party member for 22 years and is the vice-chairman and election agent for Monk Bretton ward.

The new Mayoress has been a blood donor since 1974 - and has given more than 80 donations.