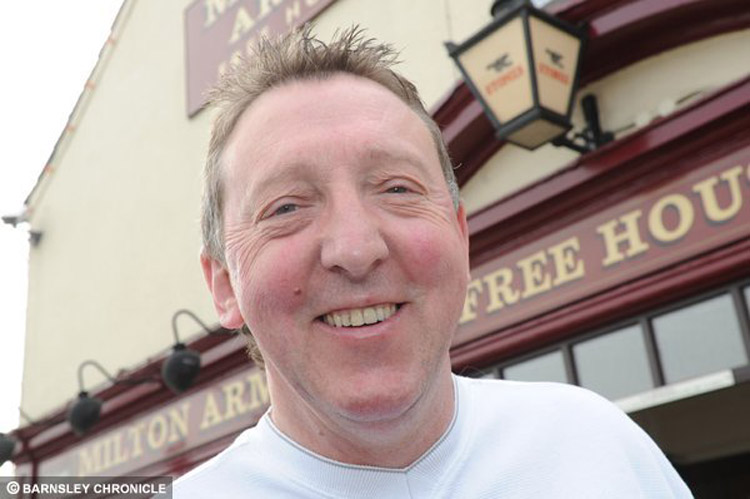 Could This Be Barnsley's Longest Serving Landlord?

PUB landlords tend not to stick around for long these days, but one in Barnsley is an exception.

Phil Hickling could be Barnsley's longest serving landlord after spending 27 years behind the bar at the Milton Arms, Elsecar.

Phil, 56, has seen his fair share of customers come and go over the years.

"We get that many people in here it's impossible to remember them all. There are quite a few regulars who come in often but I remember everyone by face rather than name."

A couple of famous people have also shown their faces.

"Maggie Philbin and Charlie Williams have been in here before," said Phil.

Phil says he and his wife, Vikki, were lucky they got the chance to buy the pub from the Coors brewery.

Phil, who was a keen runner, set up a running club and organised the Milton Six race, a six-mile road race through Elsecar and Wentworth which had took place annually but finished last year. Both raised money for Bluebell Wood and Barnsley Hospices.

Phil said: "The Milton Six race had been held for the past 21 years but we had to finish it last year because of new health and safety regulations controlling road traffic and the running club has become more of a walking club now since we're all getting old."

So far the money raised for combined charities is more than £100,000.