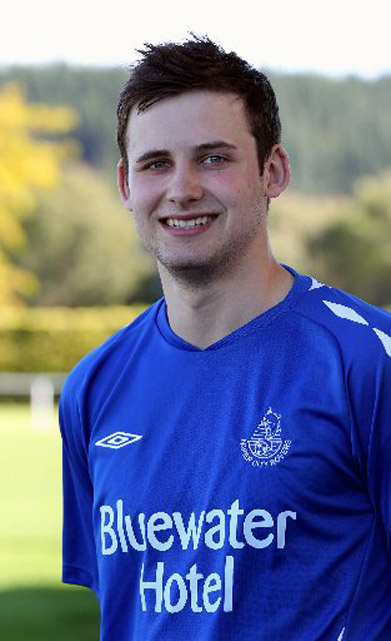 A FOOTBALLER who had been playing in New Zealand for the last 12 months has now jetted off to Canada as he looks to become a professional in the sport.

Stephen Hoyle, 20, will be spending the next three months playing for Toronto Lynx as he looks to earn a dream professional contract.

Toronto Lynx play in the USL Premier Development League (PDL) which is the United Soccer League's pro development league for the United States, Canada and Bermuda.

They're essentially an under-23 feeder club for professional Major League Soccer side Toronto FC.

Stephen, formerly of Upper Hoyland Road, moved to New Zealand with his girlfriend in April last year, where he played for Central Premier League side Napier City Rovers and was key in helping them to their first league title in their history.

While he is in Canada, Stephen will be having trials with Toronto's first team as well as Vancouver Whitecaps, a fellow MLS team.

During Stephen's short stay back in England he has been training with Sheffield Wednesday.

Stephen said: "I'll be playing there over the next three months and players advertise themselves to try and win a contract - that would be my dream.

"I'm the only one of four who's going from a team in New Zealand and I'm hoping that bodes well for me because the coach at Toronto is from New Zealand. The other lads going are from teams in England and then one lad is from Werder Bremen in Germany.

"The coach said he's got lots of contacts around Europe and the Middle East so I'm hoping that can be good for me.

"People go to college instead of doing scholarships over there and about 40 per cent usually make it."