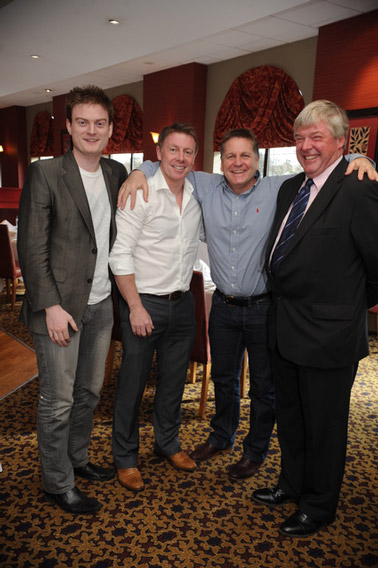 BARNSLEY legends Craig Hignett and John Hendrie received a warm welcome as they returned to the town.

They were joined by former Reds' chairman John Dennis for an evening organised by the Barnsley Chronicle at Horizon College to celebrate the 16-year anniversary of Barnsley’s promotion to the top flight.

Hignett said: “I was playing for Aberdeen when Barnsley rescued me.

"I’d just split up with my wife and wasn’t seeing much of my kids.

“It was a depressing time in Scotland but coming to Barnsley saved my football career and made me fall in love with the game again - I’ll be forever grateful.”

Hendrie fired the Reds to the Premiership and was then appointed player/manager after Danny Wilson left the club.

His tenure was short, however, and he was fired – by Dennis – less than a year into the job.

Hendrie said: “There’s no hard feelings between me and John. I won’t let the events of the sacking spoil what was, for me, one of the great achievements of my career in helping Barnsley to the top.”