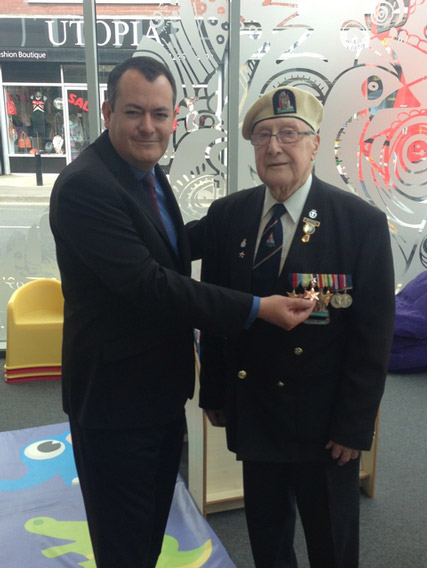 War Veteran Finally Given His Medal

A BARNSLEY MP met with a war veteran and presented him with the Arctic Star service medal.

Michael Dugher met with Ken Burkinshaw last Friday to present him with the medal in recognition for his dedicated service between 1940-1957.

Ken, who lives in Hoyland and is the president of the district's branch of the Royal British Legion, served aboard HMS Sheffield when he was only 16 and completed nine trips to Russia in minus 35-40 degree conditions to deliver supplies.

Michael, also a member of the Royal British Legion, has been campaigning for veterans who braved the perilous conditions in the Arctic during the Second World War to be properly recognised.

Commenting after the meeting, Michael said: "I am delighted to have presented the Arctic Star to one of Barnsley's veterans. It is thoroughly well deserved and this recognition is scandalously overdue.

“Everyone in Barnsley is so proud and pleased that Ken's service and sacrifice has finally been honoured."