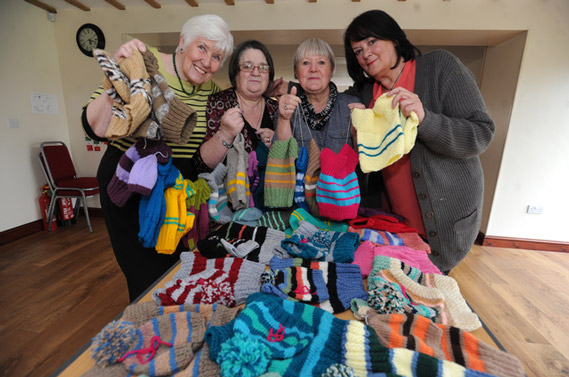 A LADIES' group in Billingley have knitted 80 sets of baby clothes destined for Uganda.

Known as  'fish and chip babies', the high levels of poverty in the African country means that people cannot clothe them when they're born - and wrap them in newspaper instead.

After hearing of an appeal for knitted vests and caps from a Barnsley Hospital midwife, Chapel Lane resident and head of the village's ladies' group, Lynn Bembridge, rallied the troops to get their needles out.

Lynn, 67, said: "One of the midwives at Barnsley Hospital mentioned these 'fish and chip' babies who have no clothes.

"There are about 20 in the ladies' group and they've knitted 80 vests and hats - they're absolutely beautiful and are in very bright colours so I think they deserve a thank you. One lady has knitted 23 already and it's an ongoing project - there's never an end to it."

Uganda is a former British colony and one of the poorest countries in the world - with more than 30 per cent of the population living under the poverty line and earning less than 80p a day.