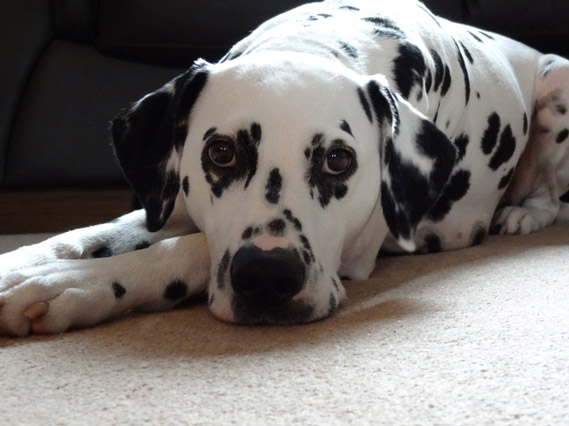 A DALMATION had to undergo emergency treatment - after eating five chocolate Easter eggs.

Sweet-toothed Evie was rushed to Abbey Vets in Barnsley after she became ill from eating a potentially life-threatening amount of chocolate.

The 6-year-old was discovered by owners Kirsty and Oliver Burkitt at their home surrounded by the remnants of the eggs.

Kirsty said the couple normally 'dog-proof' the kitchen before leaving the house but on this occasion had left a cardboard box containing Easter eggs on the kitchen table.

"Evie must have reached up and pulled the box to the floor to get to the chocolate," said Kirsty.

"When we saw her shaking and being sick we knew we had to act quickly. Abbey Vets told us to get her straight in, even though it was during the evening.

"She's now back to her normal boisterous self, but hopefully her ordeal will serve as a warning to other dog owners to keep chocolate well out of harms way."