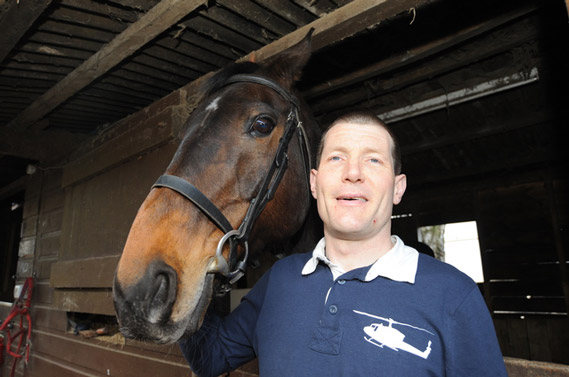 Barnsley Runner To Take On Horse

A BARNSLEY marathon runner is going up against a horse in his next race.

Yes, you did read that right! Steve Andrews, 42, will be taking on the mammoth task and will be racing on foot against horse and rider, on June 8, to raise money for the Yorkshire Air Ambulance charity.

The annual Man versus Horse Marathon is held in Llanwrtyd Wells in Wales. More than 500 runners and up to 50 horses compete over a 22-mile course in mountainous terrain.

Now in its 34th year, Steve is hoping to become only the third person to achieve the feat of beating the horses.

Horses remained unbeaten by the runners until 2004 when runner Huw Lobb achieved a time of two hours, five minutes and 19 seconds - beating the nearest horse by more than two minutes.

"I do quite a bit of charity work," said Steve. "I've raised lots of money racing about on my bike in Cuba and Peru."

He has been training rigorously in the build-up to the event and participated in the Rome Marathon in March.