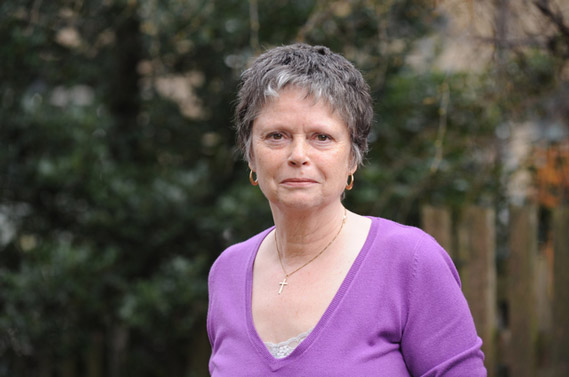 A WOMAN who's battling breast cancer for the third time had to take on two cleaning jobs and dip into her pension whilst receiving treatment, after the financial strain of her treatment took hold.

Julie Lee, 56, of Warren View, Barnsley, was diagnosed with breast cancer in 2009 - and last week was told it had returned.

Julie initially went on sick leave from her job but when she returned to work, she was unable to carry out her duties and was finished through ill health.

That meant she had to draw on her private pension as she didn't qualify for financial help from the government.

"It's the general living things that costs," she said.

"I live on my own and had to pack in work because there wasn't a job suitable for the condition.

"I had to live off my pension because I didn't qualify for help until my pension was down to a certain amount and then I was allowed to apply.

"I had to go to Weston Park for radiotherapy treatment and wasn't allowed any money to help towards travelling.

"As part of my chemotherapy I was given steroids and put one stone on, which meant I had to buy new clothes, and when I lost my hair I had to pay for my own wig because I am under 60.

"I spent three-and-a-half-years battling with cancer and trying to get some financial help.

"I have always been a worker and paid into this country, yet when I needed help there wasn't any there."

It looked at the impact the illness has on patients' finances, following a study by the University of Bristol.

It found the costs associated with treatment, such as travelling and prescriptions, is about £570 a month for Barnsley's cancer patients, the equivalent of the average mortgage repayment.

Julie said: "I had to take on two cleaning jobs to make ends meet while I was still receiving treatment.

"I think the cancer came back because I returned to work too quickly.

"Now the cancer has returned for a third time and I wouldn't be surprised if it was a result of the financial pressure I'm under."